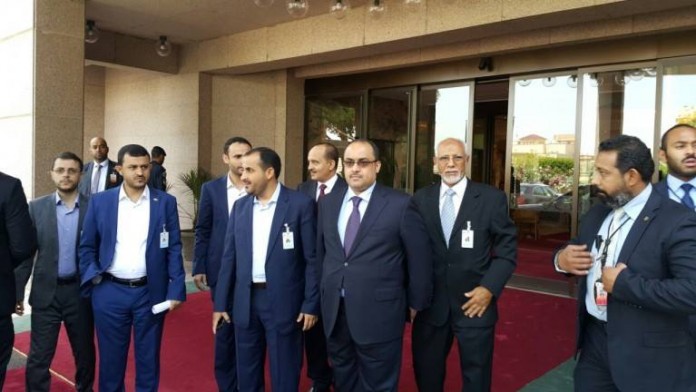 May  17th   , sources confirmed that Riyadh delegation suspended the evening session talks for the committee of prisoners and under house arrest .

Regarding to the national delegation, they held a session with UN envoy  to Yemen Ismail Ould Cheikh in Kuwait to discuss all visions for the transitional period and alleged legitimacy of Hadi.

They also reviewed the alternatives  for transition of the presidential authority according to the principle of consensus to alternative power.