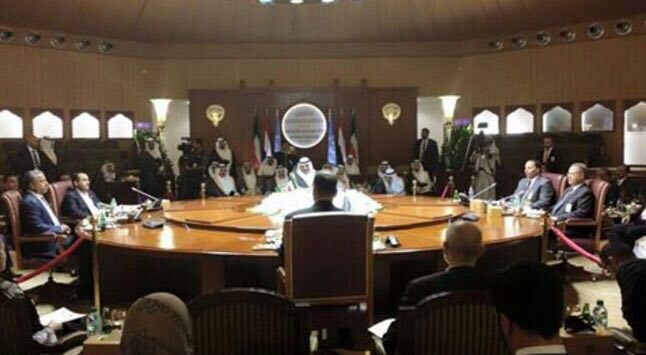 Reporter and political analyst Ahmed Abdul Rahman, covering the Kuwait peace talks that started on April 21, told Al-Monitor that the parties are disagreeing on the ruling power.

“The delegation of Sana’a that includes Ansar Allah — also known as the Houthis — and the supporters of former President Ali Abdullah Saleh are proposing the formation of a new consensual transitional regime made up of a national unity government and a presidential council, while Hadi’s delegation insists on the return of the current government and president as the legitimate authority,” he said.

Abdul Rahman said that the discussions have been stuck on this issue since the start of negotiations, even after the negotiators were divided into three joint committees: a political committee, a military committee and a committee for detainees and prisoners.

“The negotiators insisted on solving and reaching a consensus in regard to this key issue, delaying the work of the other committees. For nearly four weeks, negotiators failed to agree on the road map governing the talks and thus they brought back negotiations to square one,” he said.

Abdul Rahman said that on May 17, negotiators leaked the news that the talks have focused on the formation of an entirely new regime or the expansion of the participation by other parties in in Hadi’s government and the return of Hadi as president devoid of his powers. He pointed out that there is great pressure on Sana’a’s delegation to accept this proposal submitted by Ismail Ould Cheikh Ahmed, the UN special envoy for Yemen, making them accuse the latter of taking sides with Hadi’s delegation.