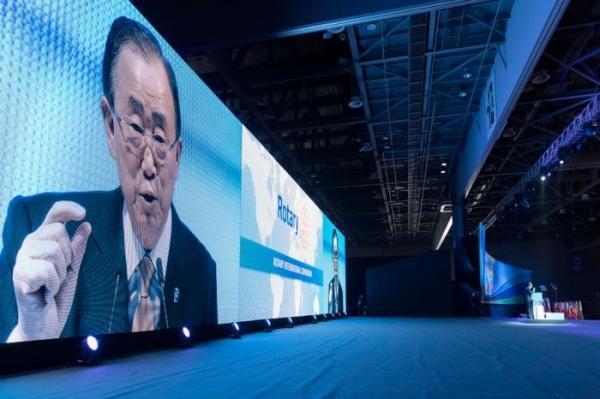 June 7th, the United Nations is under fire from various human rights groups for deciding to remove Saudi Arabia from a blacklist of child rights violators despite being blamed for the killing of hundreds of Yemeni children.

International anger for the UN decision to remove the Saudi Arabia-led military coalition from the UN’s black list of states and armed groups that violate children’s rights in conflict, Amnesty International said.

“Riyadh warned it would pull hundreds of millions of dollars from U.N. programs if it was singled out for killing and maiming children in Yemen.” Foreign Policy ( FP) reported.

Saudi Arabia threatened this week to break relations with the United Nations and cut hundreds of millions of dollars in assistance to its humanitarian relief and counterterrorism programs to strong-arm the U.N. into removing Riyadh and its allies from a blacklist of groups that are accused of harming children in armed conflict.

According to FP, the threat — which has not been previously reported — worked, and the U.N. subsequently dropped the Saudis from a rogues’ gallery of the world’s worst violators of children’s rights in conflict zones.

In their Monday warning, senior Saudi diplomats told top U.N. officials Riyadh would use its influence to convince other Arab governments and the Organization of Islamic Cooperation to sever ties with the United Nations, the officials said. The threats were issued in a series of exchanges between top Saudi officials in Riyadh, including Saudi Foreign Minister Adel al-Jubeir, according to U.N.-based officials. The Saudi mission to the United Nations did not respond to a request for comment Tuesday afternoon.

FP reported that Riyadh was enraged after U.N. Secretary-General Ban Ki-moon included the Saudi-led military coalition in Yemen on a list of countries, rebel movements, and terrorist organizations that killed, maimed, or otherwise abused children in conflict. The 40-page report — which was issued last week and primarily written by Leila Zerrougui, the U.N. chief’s special representative for children and armed conflict — claimed the coalition was responsible for about 60 percent of 1,953 child deaths and injuries in Yemen since last year.

Richard Bennett, Representative and Head of Amnesty International’s UN Office said “Blatant pandering such as this undermines all of the UN’s work to protect children caught up in war. Secretary-General Ban must not succumb to pressure and undermine the important role of his own Special Representative. By doing so he also damages the credibility of the UN as a whole.”

“It appears that political power and diplomatic clout have been allowed to trump the U.N.’s duty to expose those responsible for the killing and maiming of more than 1,000 of Yemen’s children,” Sajjad Mohammad Sajid, Oxfam’s country director in Yemen, said in a statement.

“The decision to retract its finding is a moral failure and goes against everything the U.N. is meant to stand for.”

Amnesty pointed out that the UN has never before removed a state it had already listed, but it was widely criticized for backing off from including Israel in last year’s report, following many credible allegations of hundreds of children killed and thousands injured in the 2014 armed conflict in Gaza.

“By taking a step further, the Secretary-General has set a dangerous precedent that will put the lives of children in countries in conflict at even greater risk,” said Richard Bennett.

According to the UN report as published on 2 June, the Saudi Arabia-led coalition was responsible for 60% of child deaths and injuries in the Yemen conflict last year, killing 510 and wounding 667.

Secretary-General Ban Ki-moon was quoted as saying: “Grave violations against children increased dramatically as a result of the escalating conflict”.

Amnesty International has repeatedly documented violations of international human rights and humanitarian law by coalition members during the conflict, including against children. This includes airstrikes on schools and the use of internationally banned cluster munitions which have killed three children and maimed nine.

Children account for a third – at least 127 – of the 361 civilian deaths that resulted from the 32 apparently unlawful airstrikes documented by Amnesty International since the start of the coalition campaign.