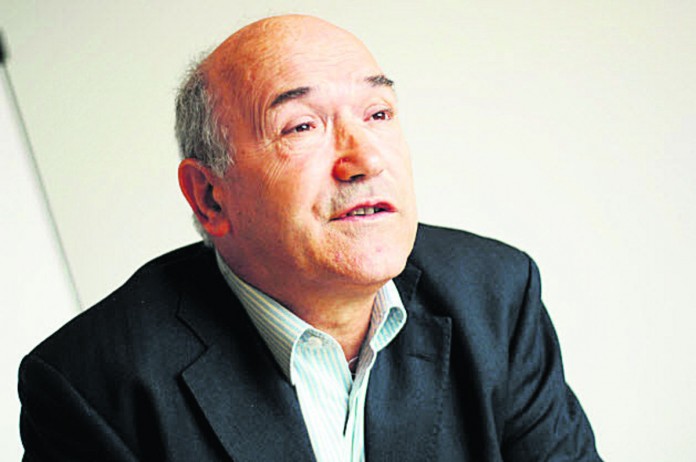 Mark Goldring, Chief Executive, Oxfam GB,  wrote an article on Huffington Post that  Alongside the Oxfam tough work on the ground they will continue to raise their voice calling for the influential European and North American governments to use their leverage for good and not only for profit, for an end to the arms sales that fuel the conflict, for more and better aid, and most of all for the peace that ordinary Yemenis so desperately crave.

Many things surprised me in Yemen last week, though few more than being in a meeting in a small provincial town with local officials and leaders and receiving their condolences on the death of Jo Cox. Her fight for peace and justice extended to Yemen, and the chorus of sympathy was echoed by ministers, officials and humanitarians I met. The very last article she published before her death called for the UK to work for peace in the country and not arm the belligerents.

Even before the current war, Yemen was the poorest country in the Middle East. Chronic poverty has been aggravated by conflict, weather and long-term instability. More than ten million people have insufficient food and two million have been displaced within the country. Bombing and fighting continues in many places and there are few aid agencies on the ground with too little money. Too many of those that are there have been holed up in the capital.

Oxfam has worked in the country for many years and was among the first to return at scale when security allowed last year. This, and our reach into some of the country’s most difficult and dangerous places, has given our team a well-deserved reputation in government and the UN. The challenges which Oxfam and other humanitarian agencies face in our access to communities – due to interventions by various competing factions and a very precarious security situation – slows and complicates decisions and delivery. It means that staff have to be patient and careful diplomats of the highest order.

The level of suffering, displacement and food insecurity that I saw, heard about and read in independent reports left me in no doubt that the large-scale humanitarian response is vitally important and must be continued. Our programme is responding to war, displacement, long-term underdevelopment and a lack of respect for women’s rights. In technical terms this includes work on water sanitation and hygiene, cash, food and protection.

Alongside this humanitarian work, and commendable efforts to maintain development work where realistic, Oxfam has tried hard to draw British and international attention to and action on the war, the impact of continued arms sales to the warring parties and the need for more humanitarian assistance. Peace talks are currently underway but no-one expects a quick breakthrough. In the meantime, the economy is collapsing in a way that could provoke even more violence.

Listening to women in a camp for displaced people tell the story of their flight from war and describe the hopelessness of their situation would have been even more saddening if it wasn’t for their appreciation that they now have running water and they receive regular assistance in the form of food vouchers from Oxfam. What I heard from them most vocally, as indeed I heard from everyone I spoke to, was the need for peace and for assistance, both now and when they can eventually return home.

Many people complimented Oxfam’s efforts to tell the story of Yemen across the world. Few others are trying and people do hear our voice and feel supported, or where appropriate, rightly challenged by it. As peace talks crawl on in Kuwait, it is important that we redouble our efforts to speak out.

The country’s infrastructure has long been dysfunctional, but is now on its knees. Driving past the airport, littered with burnt-out planes, through roadblocks staffed by child soldiers, past an unreal combination of people going about their ordinary lives amid the ruins of bombed houses, factories and even schools, we reached the towns of Khamer and Huth.

Around the towns are a number of camps for displaced people. In each town, Oxfam has worked closely with community and political leaders to give tens of thousands of people a basic right that they have been denied. We have installed new pumps, generators and pipes, restoring an urban water supply that has not worked for a decade. It can now bring water to every household, as well as to tanks across the towns that supply people who cannot afford the connection to their homes. There are pipes out to the refugee settlements and the next phase will complete the job to cover surrounding areas, and will link to the hospital run by Medecins Sans Frontieres‎.

One woman, whose home was newly connected, told me of her delight at her water supply and how her family had been spending more to buy tankered water than they did on food. But she also begged me to promise that the taps wouldn’t dry up in a few weeks.

The financial and technical challenges to build the scheme were significant, but the bigger long-term challenge is working with the water authority to implement a revenue collecting and maintenance model that is both sustainable and equitable. The biggest challenge of development of public services everywhere is often in the combination of access and maintenance. But the Oxfam effort to combine humanitarian and development work is impressive.

The team, both in Yemen and those supporting them across Oxfam, are doing a great job. Seeing the work on the ground made me proud. In such difficult circumstances there are things that we need to and are improving, but nearly a million people have so far benefited directly from our work, and many more will do so.

Alongside the tough work on the ground we will continue to raise our voice calling for the influential European and North American governments to use their leverage for good and not only for profit, for an end to the arms sales that fuel the conflict, for more and better aid, and most of all for the peace that ordinary Yemenis so desperately crave.