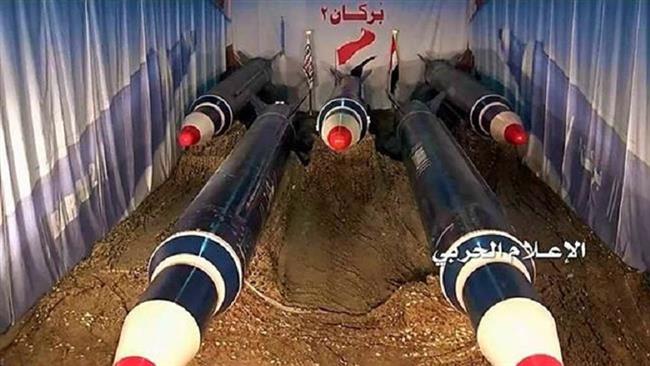 Yemeni army and popular committees have reportedly fired a long-range ballistic missile at the Saudi capital Riyadh, a few hours ahead of US President Donald Trump’s visit to the Arab kingdom.

According to a report by Yemen’s Arabic-language al-Masirah television network, the Yemeni forces, backed by allied fighters from Popular Committees, launched a Borkan-2 (Volcano-2) ballistic missile, a domestically modified rocket, aimed at the Saudi capital on Friday evening.

The report also carried a statement by the Yemeni army, saying the missile strike conveyed “a clear and important message that we are all ready to respond to the aggression.”

The report, however, gave no further detail, including the exact impact location, the possible casualty toll and the extent of potential damage inflicted.