Home Local News The Army and popular committees destroy a tank and a military vehicle... 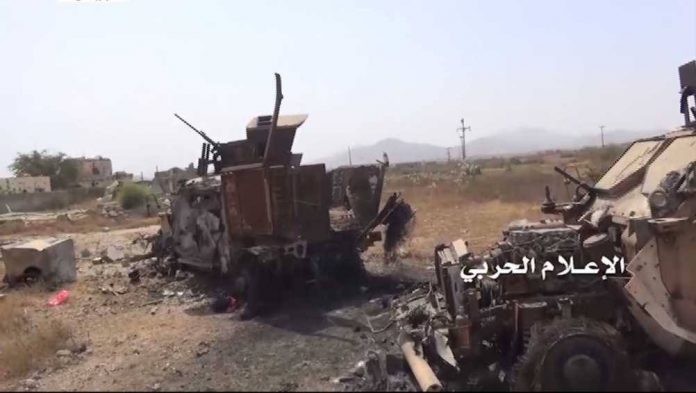 Units of the army and  popular committees destroyed a tank and a military vehicle for the Saudi enemy mercenaries in Midi .

A military source in Midi told Saba news agency that specialized units in the army and the popular committees was able to damage the tank and a Saudi military vehicle belongs to the Saudi army mercenaries  in the coast of Midi .

The source pointed out that Aggressive  warplanes  launched three raids on al-shurfah, while launched more than 17 raids on Midi and Harad during the past hours  in the mid of intensive flights on the region .