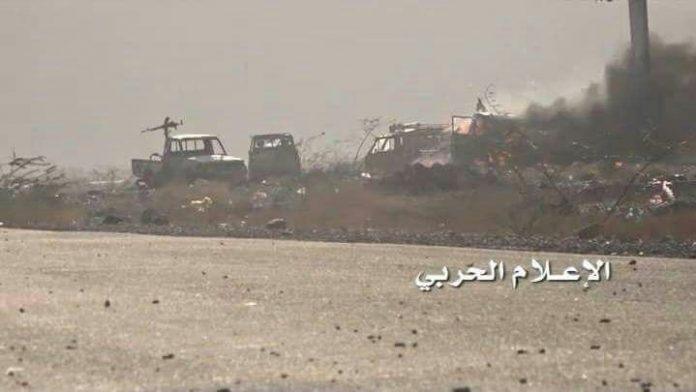 The army and popular committees carried out large-scale military operations on the western front of Taiz province, which resulted in heavy losses among mercenaries and the destruction of 19 armored vehicles.

A military source told SABA that the large military operations by the army and popular committees in the western front of Taiz have caused heavy losses in the number of mercenaries and their military equipment.

The same source pointed out that five armored vehicles and 12 military vehicles were destroyed and many of Saudi mercenaries were killed and injured in the coastal front.

The source added the army and popular committees also destroyed military vehicles with two guided missiles at the Hamili Front in Taiz.