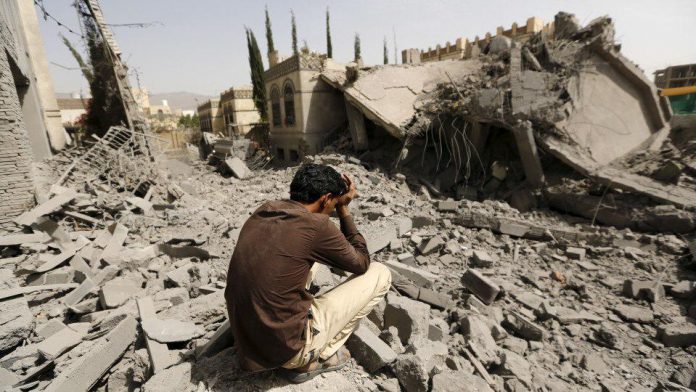 Nine civilians, including five women, were killed when the US-backed Saudi-led aggression coalition launched 44 air strikes on Yemen provinces over the past 24 hours, officials and medics told Saba News Agency .

Nine members of a family, including five women, were killed in two airstrikes hit the family’s home in Shargah area of Jurrahi district.

In Saada province, the warplanes launched four raids on Taibt-Asm and Farea area of Kutaf district, two  raids on Aal-Qerad area of Baqem district, and one raid on Takhiah area of Majaz district.

the aggression warplanes launched  two raids on Azhur area of Razeh border district and one raid  on the dawn of Maran mountain.

In the capital Sana’a, the aggression warplanes launched a strike on Dailami base.

In Hajjah province, 20 airstrikes were targeted Haradh and Midi districts.