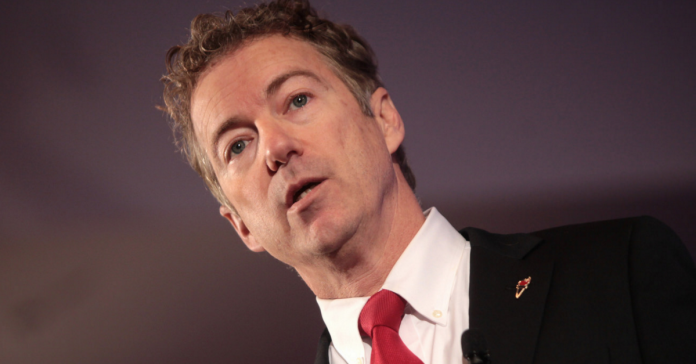 Republican Senator Rand Paul of Kentucky said that Yemeni citizens will not forget that the Saudis bombed a wedding party in Bani Qais district in Hajjah province, and the coming generations will remember that the Saudi-led coalition used American-made bombs to kill innocent civilians.

Sen. Paul is known for his opposition and criticism of the US administration and alliance in Yemen

“ I think what Americans need to understand – who worry about terrorism – is that when a wedding party is bombed and innocent people are killed – that their relatives will never forget this. And a hundred years from now, people from that village will be saying, do you remember when the Saudis came with American bombs and bombed a wedding party and killed our ancestor?” Sen. Rand Paul said in an interview with National Public Radio (NPR) on Friday.

He added that the Yemeni people ought to remember that Saudi Arabia has funded radical madrassas, teaching hatred of America throughout the world and that Saudi Arabia also supplied arms to ISIS in the Syrian civil war.

“I don’t think they’re friends. I think they’re, at most, frenemies. And I think what they’re doing in Yemen is unconscionable,” the Republican Sen. Rand Paul said.

He indicated that Yemen requires 80 percent of their food to be imported, and the Saudis have been blocking that, confirming that twenty-two million people live on the edge of starvation in Yemen, and It’s the largest cholera outbreak in modern history that hit almost a million people.