Home Articles We Are Complicit In The Suffering Of Yemen’s Children – We Cannot... 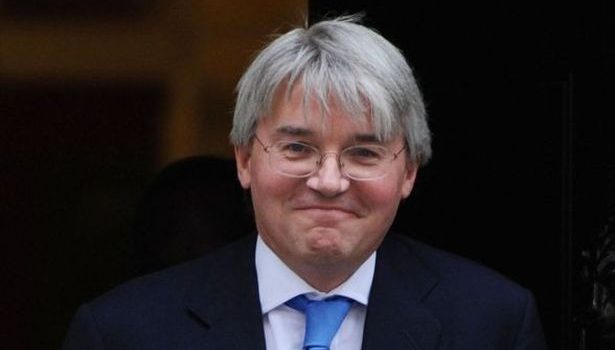 Andrew Mitchell is the Conservative MP for Sutton Coldfield

With wall-to-wall coverage of Brexit consuming the media’s bandwidth, it would be easy to miss the report that most of Yemen is just one step away from famine. Yet entering Yemen on the roll-call of global disasters ignores the fact that famine there is an entirely man-made phenomenon, and one in which the UK, with its internally inconsistent policy, is tragically complicit. Yemen is not starving; it is being starved.

The generosity of the British public in donating £20m to last month’s Disasters Emergency Committee appeal demonstrates that we are far from immune to appalling stories and images of starvation in the 21st century. With four famines looming and the unconscionable prospect of children dying from starvation in their tens of thousands, we face an image of biblical ferocity that most of us thought lay buried in the last century. Yet we are in an intolerable bind where Britain’s development and humanitarian organisations try desperately to get aid and medicines, paid for by the British taxpayer, into Yemen while a Saudi-led coalition, of which Britain is a part, is pounding the very port facilities through which British taxpayer-funded support needs to pass.

As Yemeni children stare into the jaws of starvation, we cannot continue with business as usual. Yemen is being slowly starved by our ally, Saudi Arabia. Save the Children recently called out Saudi tactics that directly blocked shipments of medical supplies. Far from working to unblock lifesaving aid pipelines, the Saudi-led coalition is pursuing an assault that is pushing the frontlines of the conflict towards Yemen’s main port of Hoedeidah. Aid groups and senior UN figures are warning on a daily basis that this could take the entire port out of action, with devastating consequences. In normal times 80 per cent of everything Yemen imports comes through Hoedeidah, and 90 per cent of their food is imported.

The UK is leading an admirable response in providing critical funding to address the crises in Somalia and South Sudan, and we have given £100m in humanitarian aid to Yemen. However, these efforts are undermined by our failure to use our diplomatic muscle to address the root causes of this crisis, and convince our allies to move on from a counter-productive militaristic strategy that is devastating the country. Yet so strong are our deep historic and diplomatic links with this part of the world that even now the Houthi leadership will accept Britain’s mediation in trying to secure a ceasefire and Yemeni-Saudi talks.

Surely this is an opportunity for “Global Britain” to put its mouth where its money is.

It cannot conceivably be in our interests, nor those of Saudi Arabia, for Yemen to descend into famine. Brutal collective punishment of the Yemeni population has done little to dent the Houthi rebels’ supremacy through vast swathes of the country: both sides have shown scant regard for innocent human lives. The longer this conflict continues, the more entrenched both sides become, and the greater the space that is created for radicalisation that will ultimately come back to bite us. The patience of the indigenous Yemeni forces will long outlive the military engagement of the foreign powers now engaged inside their country.

In short: the war isn’t working, it’s compromising our standing in the world and it’s radicalising our enemies.

This report must act as a wake-up call. Demanding unfettered access to Hoedeida port and the re-opening of commercial airspace could avert even greater catastrophe. Insisting upon adherence to international humanitarian law and efforts to take the political track out of its current deep freeze isn’t just the right thing to do morally, it’s the only way to help our Saudi allies out of a mess which is rapidly becoming a quagmire. It is not too late for the UK to seize the opportunity to be on the right side of history by acting to prevent famine in Yemen.