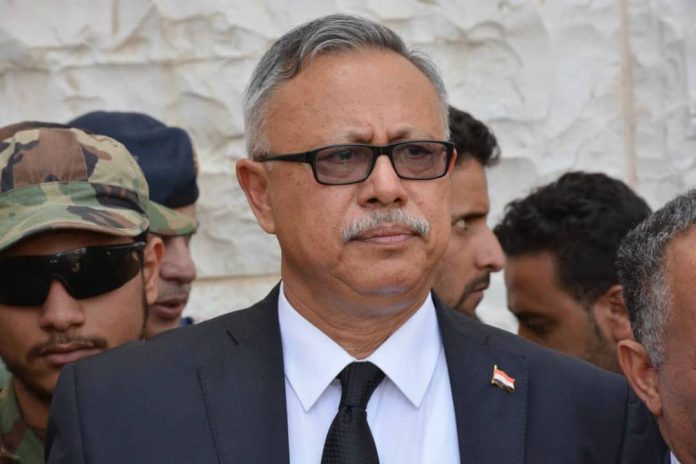 Where are some of you, O Muslim scholars, and where are your fatwas of those crimes?

It took only a few days between two horrific massacres of Yemeni children. After a genocide in Dahyan district of Saada on August 9, 2018, brutally killing 51 people, most of them are school children and injuring more than 77 civilians who were present at the time of the crime against the school bus carrying the pupils, another genocide was audaciously committed in Al-Duraihemi district of Hodeidah on 23 August 2018, killing 26 children and a woman, while they were at the moment of forced displacement trying to escape the enemy’s merciless air raids.

Those two horrible massacres that shocked the world for their hideousness and nastiness are not the start of atrocities, but they were preceded by other previous massacres that were condemned by local and international humanitarian organizations at the time. The United Nations has categorically condemned these two recent crimes. However, all these condemnations, denunciations and deprecations of the world are no longer capable to move any little remaining consciences of those who issued the order of murder from the aggression military operations room and the political decision-makers of the Kingdom of Saudi family or the Sheikhs of the UAE. What is more incredible is that all of these blood-shed and slaughters of innocent lives were committed during the sanctified days of Eid al-Adha, while millions of pilgrims in the Holy Land of Mecca are doing the pilgrimage rituals and reiterating “Here I am O Allah, (in response to Your call), here I am”; “Here I am in Your service, You have no partner, here I am”; “Indeed all the Praise, Grace and Sovereignty belong to You. You have no partner”. In other words, the crime takes place in the holy days of this year, in which God absolutely prohibits killing.

It is generally observed by the Yemeni, regional and international public opinion that in every committed awful criminal incident, the media of the aggression countries try mislead all by spreading lies about the incident and questioning the actual occurrence of the act. Once they cannot hide the facts on the ground, they unwillingly try to show their regret for what happened and deceptively consider it an unintended mistake.

However, what is really shocking is the UN Security Council’s decision to refer the whole crime case to commissions of inquiry led by the aggression countries themselves, which have committed the crime in the broad daylight and admittedly declare that it killed them because these victims are soldiers and recruits who are going to the fronts of the military confrontation, as claimed by the military spokesman of the Aggression States Coalition.

The Security Council resolution has coincided with an official statement issued by Human Rights Watch at the same moment. It states that the case of investigations into all incidents that resulted in the killing of civilians, which was referred to the committees following the Saudi-led Coalition no longer bear any credibility in the results of its investigations and is not characterized by integrity and impartiality. It asserts that most of the military incidents would amount to premeditated war crimes for the perpetrators and that the accusation would reach countries that supported the coalition by selling conventional and internationally banned weapons and ammunition.

What is meant by all these crimes, which successively flow upon Yemeni children, since the beginning of the aggression of the Saudi-led coalition on the Yemeni people and lands on 26 March 2015?

First: the aggression states coalition led by the Saudi Kingdom and the UAE deal with  the lives and blood of Yemenis in general and their children in particular with  total indifference and disregard.

Second, the Aggression States treat the international humanitarian organizations that  dare, in their relatively neutral reports, show the number of victims and the extent  of the tragedy of civilians, with arrogance and superiority. These aggression  countries boast that they are unquestionably above the international humanitarian  law because of their excessive wealth and their capability to buy the loyalties of  some influential and political figures in Western colonial countries, and even  international media. There is no clearer evidence than the purchase of UN  Security Council Resolution 2216 on putting Yemen under Chapter VII.

Third, the Aggression States Coalition has found Yemeni social figures, political and  tribal leaders, military and media figures, and even academics, who,  unfortunately, are ready to betray their own country, Yemen. Most of them turned  quickly to serve the aggression countries in various fields, and some others turned  to be mercenaries who are cheaply hired to fight alongside the aggression (with  the gun and word). This has made the enemy to despise the lives and blood of  the Yemenis and facilitated its task of killing them and their children in particular.  Here lies the problem. Every now and then, we see in some of the aggression  media platforms a number of these hired traitorous, who shamefully and  disgustingly exaggerate in praise and compliment of the murderers of the  countries of aggression and accuse their opponents who are defending their  homeland with betrayal.  Have you ever come across such a moral debasement in  the world?

Fourth: several strategic and media studies indicate that the war against Yemen was  intentionally carried out for pure economic objectives of a strategic nature, the  most prominent of which are:

At last, the simple oppressed Yemeni citizen, along with the defenders of the homeland, poses his most bitter questions to the majority of Muslim scholars who fill the streets and alleys of the Arab and Islamic cities from Ocean to Gulf, reminding them of their moral and religious responsibilities which they always reiterate in mosques and in different gatherings, and asking them “ What differentiates your palpable hypocrisy and fraud from those of the Jewish rabbis and the Christian popes and clerics?

The rabbi in the synagogue reiterates the teachings of the discordant Talmud to justify to the Zionist Jewish rulers the displacement, dislodgment and murder of the Palestinian people and before that the Egyptian, Syrian, Lebanese and Jordanian peoples.

In the same way, the Christian popes and priests once justified the extermination of the Red Indians in the Americas, the killing of 1.5 million Algerian martyrs, and then legitimized killing millions of liberal people all over the world, particularly in Korea, Vietnam, Liberated Black Africa, and Latin America.

Similarly, you (Muslim scholars, jurists and preachers) are watching and perhaps with joy and delight, the terrible scenes you see every evening and morning with the series of blood-shed and the loss of the lives of Yemenis by Al Saud and Al Nahyan warplanes. You watch silently what happens to the Yemenis, on whom the last of the prophets and messengers, Mohammad bin Abdullah, peace be upon him and his family and companions, had said the greatest Hadiths of the Prophet.

You can help the Saudis and Emiratis stranded in and stained with the blood of Yemeni children to stop these atrocities and daily massacres by giving them sincere advice, good opinion and fatwa.

By this you can help the kingdom of murder and vices out of this quagmire of blood-shed and crimes, into which its hypocrite advisors have dragged it. As a result, the blood-dimmed tide of the Yemeni children and victims is loosed from Dahyan in Saada to Duraihemi in Hodeidah. They think that these atrocities may break the will of the Yemeni undeterred Mujahid on all fronts of confrontation, and this will never ever be achieved, by God’s willing, as God is aware of all of us.

“And above every scholar, is the All-Knower”