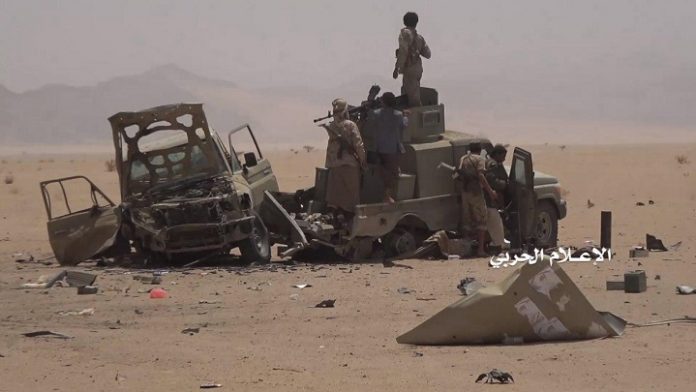 The Yemeni army and  popular committees on Sunday were able to repel large-scale attacks carried out by mercenaries hired by Saudi-led aggression coalition towards the army’s locations in Najran region, a military official told Saba News Agency.

According to the official, dozens of the mercenaries were killed and wounded, in the attack which took place in Ajasher desert, and went in three tracks.

Several mercenaries were captured during the attack, the official added.

The office confirmed that improvise explosive devices exploded and targeted three Saudi military vehicles loaded with mercenaries as they were trying to advance in the same front.

He said that the attack lasted from Saturday evening until Sunday morning without making any progress on the ground by the mercenaries.