Home Reports Save the Children: Battle against cholera in Yemen is far from over 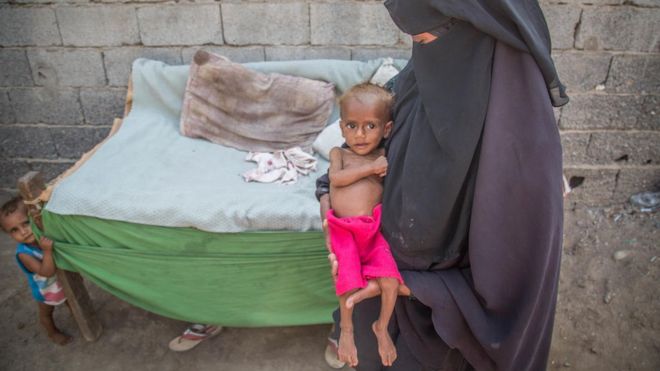 Save the Children on Monday said that the battle against cholera in Yemen is far from over, warning that the first six months of 2019 have already seen more suspected cases than the whole of 2018, including 203,000 children under 15.

At least 193 children died of cholera related illnesses in 2019, according to a report published Monday on the organization’s website.

The report noted that this warning comes at a critical moment. “The rainy season is likely to lead to an escalation in the outbreak – there is already flooding, and more heavy downpours threaten to intensify the spread of the waterborne disease.”

According the report, the total number of cholera related deaths spiked as well. In the first six months of 2019, the number of people dying from suspected cases of cholera was nine times as high as in the same period last year.

The conflict in Yemen has disabled much of the infrastructure for clean water and sanitation, leaving some 9.2 million children without proper access to safe water. Fuel availability is fluctuating, limiting the pumping of sewage and garbage collection, leaving many parts of Yemen a breeding ground for infectious and water borne diseases such as cholera.

“Malnourished children are extra vulnerable to cholera related diseases – because of their weak immune systems they are at least three times more likely to die if they contract cholera,” read the report, adding that diarrhoeal diseases like cholera are also themselves a major contributor to malnutrition in Yemen.

Tamer Kirolos, Save the Children’s Country Director in Yemen said: “Disease outbreaks are now rife due to the collapse of the health system and weak sanitation systems and a population made increasingly vulnerable by forced displacement and malnutrition.”

The health system is under considerable stress, with only half of the health facilities functional while the rest of the facilities remaining closed or are partially functional, Kirolos added.

He continued: “As long as the conflict rages on, clean water systems are breaking down and funding of aid in Yemen remains too low, all we can do is try and keep as many children alive as possible.”

Save the Children called on warring parties in Yemen to resume the implementation of the Stockholm Agreement and to work towards a lasting peace.

“Only an end to the war can protect children from the widespread cholera,” the organization said, adding that urgent action is needed to rebuild the health system to a functional status, or there is a risk of losing even more people to preventable diseases like cholera.