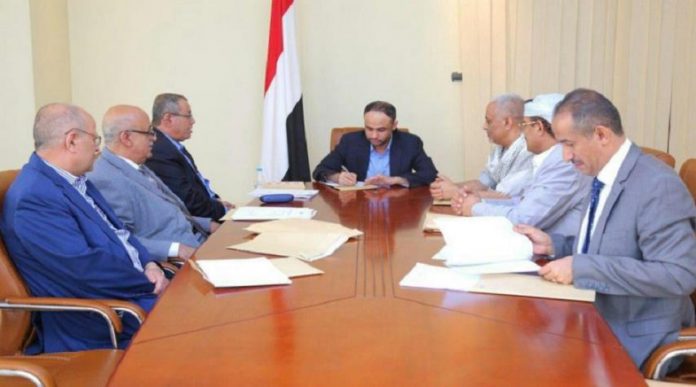 The Supreme Political Council, in its Sunday meeting chaired by President Mahdi al-Mashat, renewed the Republic of Yemen’s keenness on the security of the Red Sea especially in light of the tension witnessed by the region.

The Council called on the international community to commit to lifting the siege on Yemen, in the forefront of that the sea blockade, and not restrict the access of food and commercial vessels to the Yemeni ports, especially the port of Hodeidah.

Praising the UN envoy efforts to implement the Stockholm Agreement and resume the political process, the Council warned at the same against any escalation by Saudi-led aggression coalition on the border and coast fronts.

The Council confirmed the readiness of the army and the popular committees to confront any escalation by the aggression forces.

The meeting reviewed the background of the establishment of refugee gathering points, and directed the concerned parties to study all dimensions and fears related to that, especially in light of the existing and overlapping conditions experienced by Yemen.

In this regard, the Council referred to Yemen’s positive attitudes toward the Somali refugees.