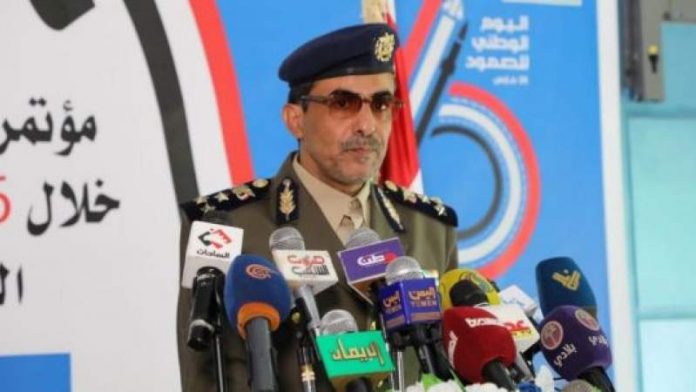 Ministry of Interior has revealed security statistics for the most important achievements during the past 6 years.

During a press conference held on Saturday in Sana’a, the Interior Ministry spokesman Brigadier General Abdulkhaleq Al-Ajri stated that 302 terrorist sabotage plans were detected and thwarted during 2015-2021.

Al-Ajri stated that the Ministry of Interior units managed to seize 9,709 criminals affiliated with the Saudi-led coalition, Al-Qaeda and Daesh, as well as agents of monitoring, assassinations and planting explosive devices.

He pointed out that during the six years, security personnel were able to seize and dismantle 1,981 explosive devices that were planted by terrorists affiliated with the coalition, as well as seizing 105442 criminal cases and carrying out 12048 operations to seize and recover stolen items and deliver them to their owners.

The spokesman referred to anti-drug efforts that the coalition is working to bring into Yemen, pointing out that the Drug Enforcement Administration, in cooperation with various security units, carried out 6110 operations to seize smuggling and drug promotion crimes.

Brigadier General Al-Ajri pointed out that the security forces managed to thwart 291 smuggling operations of Yemeni antiquities and to arrest the accused.