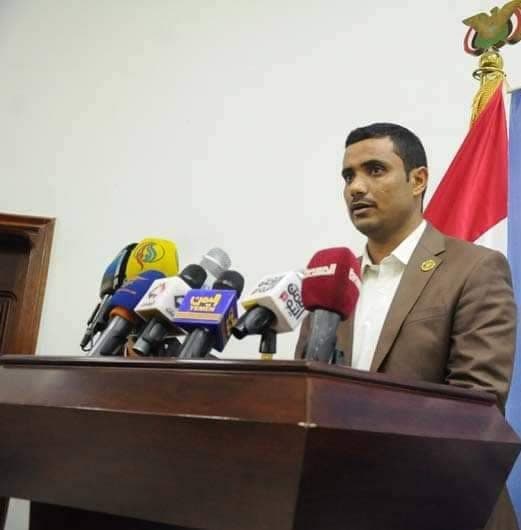 Deputy Chairman of the Civil Aviation and Meteorology Authority (CAMA) of Yemen, Raed Jabal, has on Friday said the direct and indirect damages and losses suffered by the Authority and its various sectors since the beginning of the US-Saudi aggression have reached 5,277,000,000 dollars.

In a press statement, Jabal indicated that direct losses amounted to 1.7 billion dollars in infrastructure, including facilities, buildings, equipment, navigational equipment, telecommunication devices, and high-tech radars associated with global air navigation in civil airports and other sectors of the authority.

Jabal elaborated that the estimated damage and losses suffered by the Yemeni Airlines Company as a result of the aggression is 1,861,000,000 dollars, and the losses of Al-Saeeda airline amounted to 94,600,000 dollars, while the losses of the two civil IL-76 cargo planes of the government reached 105 million dollars.

Losses in the CAMA’s revenues due to the suspension of most air and non-air activities in the airports and its affiliated sectors amounted to $600 million, and the expected revenue losses for projects halted due to aggression reached $ 128 million, in addition to around 788,400,000 dollars as losses of sectors directly related to civil aviation, such as the travel and air freight sector, automated booking systems and franchise rights providers.

The deputy chairman’s affirmed that closing Sana’a International Airport is inconsistent with all international norms, charters and treaties, foremost of which is the International Civil Aviation Convention, the Chicago Convention and the Montreal Convention of 1988.

Jabal stated that the continued closure of Sana’a airport has caused a great humanitarian tragedy, as statistics of the Ministry of Health confirm the death of 80,000 people as a result of the air blockade, and about half a million patuens suffering from serious diseases urgently needing to travel abroad for treatment at this moment.