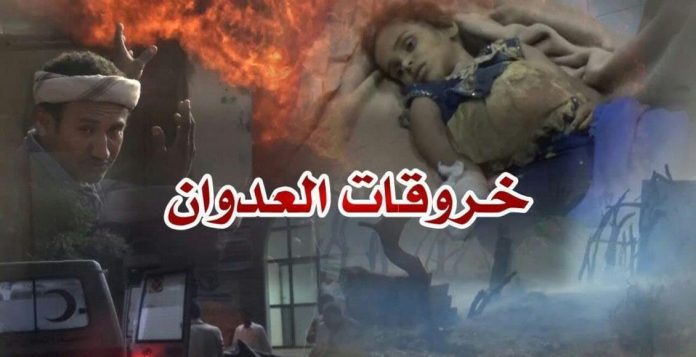 Saudi-led aggression forces on Friday carried out 109 violations in Hodeidah province, a military official at the operation room said.

The official added that four violations of the aggression forces’ spy planes were recorded by dropping bombs on al-Jabaliya, al-Faza, al-Jah and al-Durayhimi areas.

He indicated that 15 violations were registered as a artillery shelling and 80 violations as different bullets in several parts of Hodeidah.