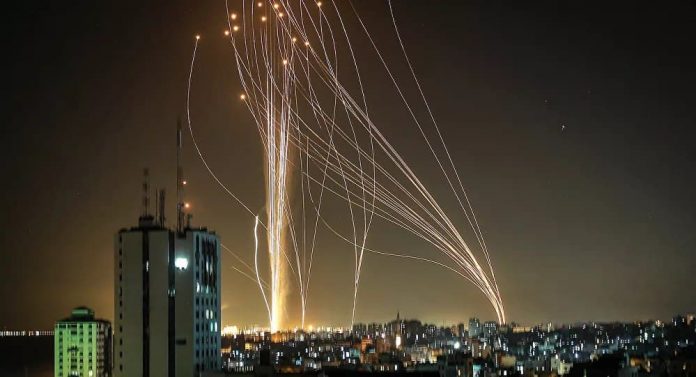 The Izz ad-Din al-Qassam Brigades, the military wing of the Palestinian resistance movement Hamas, has fired a barrage of missiles at the Settlement of Netifut, in retaliation for the Israeli occupation aggression on Gaza Strip at dawn.

Palestinian media reported that sirens were heard in the besieged Palestinian enclave of Gaza on Tuesday morning.

There were no casualties in the raid, according to the media .

According to news agencies, Israeli warplanes carried out heavy airstrikes on a group of buildings in al-Katibat neighborhood west of Gaza City. Two Israeli raids also targeted the vicinity of the Islamic University in Ma’an area, east of Khan Yunis.