Home Reports Mine Action Center: Over 100 civilians killed in Bayda due remnants of... 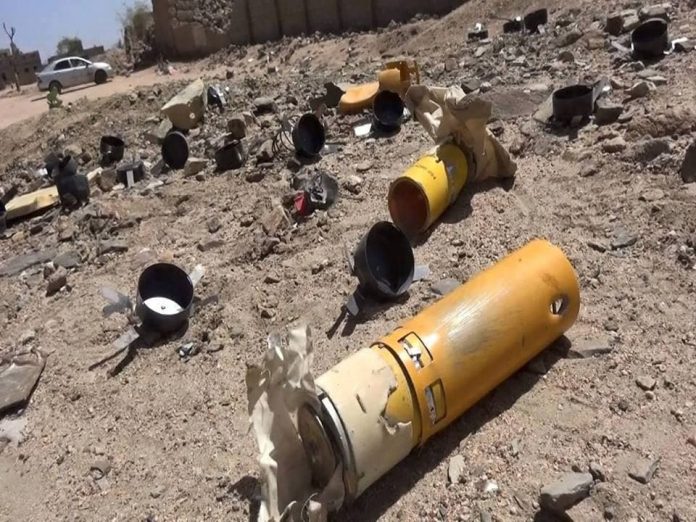 The Executive Center for Mine Action on Friday confirmed that more than 100 civilians were killed in Radman and Al-Qurashiya districts in Bayda province as a result of the mines and bombs left by the Saudi-led aggression airstrikes and Al-Qaeda organization.

The center added in a statement that the last of those victims were 10 civilians in the past 48 hours.

The statement mentioned that the large spread of war remnants and cluster bombs dropped by the war coalition aircraft on Yemen in all provinces, even in the capital Sana’a, resulted in the death and injury of thousands of civilians and prevented thousands of families from returning to their homes and benefiting from their lands and pastures.

The Center also confirmed that the aggression coalition continues to use internationally-banned cluster bombs in its air operations, the most recent of which was during this month.

The Center held the United Nations, along with the aggression coalition, responsible for the continued fall of more innocent victims, as a result of the failure to provide the required field equipment and supplies.

In its statement, the center also called on relevant international and international organizations to help implement awareness campaigns and provide indicative and warning panels that show dangerous areas contaminated with cluster bombs and mines, so that civilians can avoid them to reduce further casualties