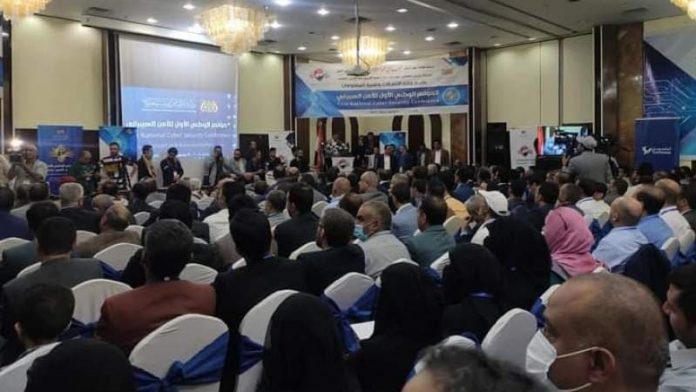 The Yemeni Ministry of Communications and Information Technology inaugurated the first nonational conference on cyber security, which will last for three days.

Speaking during the conference Mohammed Ali al-Houthi stressed the need to keep pace with science and technological development in important and sensitive areas, the most important of which is cybersecurity.

Al-Houthi said: “We have Yemeni minds who can innovate in all areas, and they must be supported.”

Meanwhile, Prime Minister of the National Salvation Government, Dr. Abdul Aziz bin Habtoor, affirmed the work to make the effectiveness of cyber security successful, stressing that “every official should hold his responsibility towards the homeland.”

Bin Habtoor added: “We in Yemen, as a result of the aggression, are affected more, and we must stop the attack on us, especially in the field of cybersecurity.”

For his part, Minister of Communications Misfir Al-Numeir, stressed that cyber security has become a priority in order to deal with all threats and electronic attacks, affirming that “cyber security represents the most important pillars of development for any country.”

In turn, Deputy Prime Minister for Defensce and Security Affairs, Lieutenant-General Jalal Al-Rowaishan considered that cyber and state security are no less important than the battle fronts, stressing the need to raise awareness among citizens regarding the correct use of information.