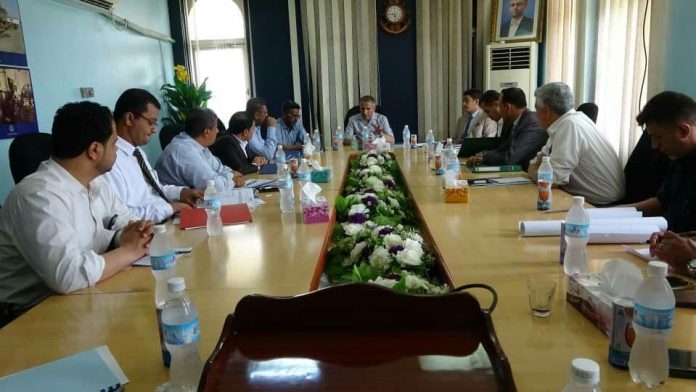 An extended meeting was staged on Saturday in Hodeidah province to discuss development plans and programs for Red Sea Ports Corporation.

In the matting was attended by the Ministers of Transport, Amer Ali Al-Marani, and Electricity Ahmed Al-Ala’i, and Hodeidah governor, Mohammed Quhim.

They indicated to the direct and indirect repercussions on the lives of citizens as a result of the continuation of the siege on Hodeidah ports, which serve more than 70 percent of the population of Yemen.

The meeting touched upon the conditions of the Corporation and the effects resulting from the blockade and preventing the entry of oil and food derivatives ships by the Saudi-led aggression.

The officials condemned the aggression’s practices against the Yemeni people and its continued targeting of the Foundation’s facilities, as well as its cranes as part of its plan to destroy the Foundation’s infrastructure.