Home Reports Report: Over 15,000 rockets, shells and bombs dropped on Hardh city in... 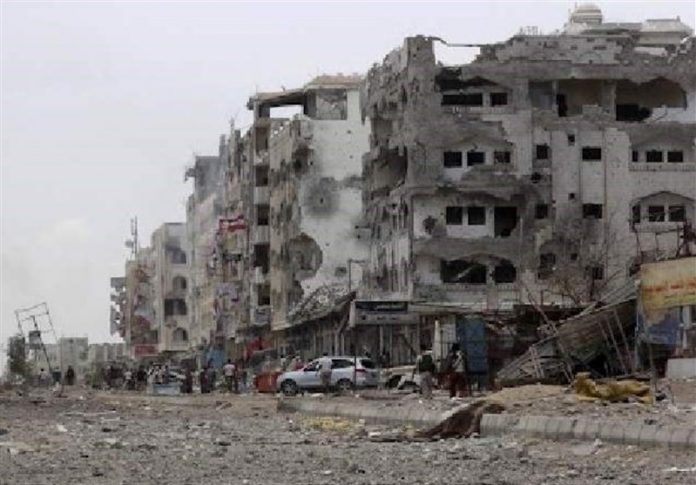 A local official in Hajjah province on Saturday revealed the large scale of destruction inflicted on the border district of Haradh as a result of the aggressive war waged by the Saudi-led aggression on Yemen.

The official explained, in a press statement today, that the city of Haradh has been bombed with more than 15,000 rockets, shells and bombs that have fallen on its neighborhoods and facilities since the start of the war, pointing out that the residents of the city were completely displaced to a number of camps and neighboring districts.

The official also noted that the aggression completely destroyed the old city of Haradh with air strikes and artillery shells, while 85 percent of citizens’ homes in the city were destroyed in general, in addition to targeting shops, private hospitals, roads and everything related to life in the city.

He pointed out that the cities of Haradh and Medi need to remove the buildings as a first stage and then rebuild them again according to engineers recommendations.