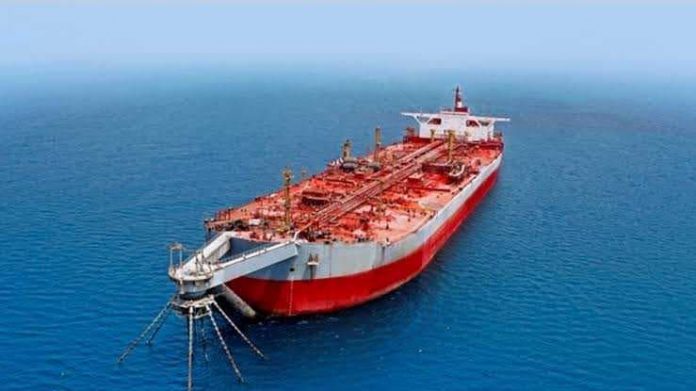 The Supervisory Committee for the Implementation of the Safer Agreement said on Thursday that the United Nations Office for Project Services (UNOPS) pledged to submit an alternative plan compatible with the agreement for the maintenance and evaluation of the Safer floating oil storage facility.

The Committee indicated in a statement issuey on Thursday, that it was surprised that the UNOPS handed over a new plan that included the same previous plan that did not conform to the agreement, with only the date of the document changed.

The Committee expressed its regret over the failure of UNOPS to comply with the agreement signed in November 2020, and its insistence on wasting time and funds allocated to the project in fruitless meetings and discussions.

The statement clarified that the situation of the Safer floating reservoir has become worse than it was when the agreement was signed, and the chances of an environmental disaster in the Red Sea have increased.

The statement called on the United Nations to review the text of the agreement and the plan submitted by UNOPS to correct it, stating that otherwise the UN will bear full responsible for the imminent environmental catastrophe in the Red Sea.

The Committee stressed that the situation of the reservoir calls for urgent and serious action to avoid a potential disaster, “because time no longer allows for procrastination and delay.”

The Safer oil storage unit has been in a state of disrepair since the Saudi invasion of Yemen in 2015, due to the Saudi blockade preventing necessary equipment from reaching the vessel. The ship is estimated to still contain around 1.14 million barrels of oil, and is at severe risk of rupturing and leaking its contents at any moment. According to UN estimates, an oil leak in the Safer could cause an environmental disaster roughly four times worse than the Exxon Valdez calamity.