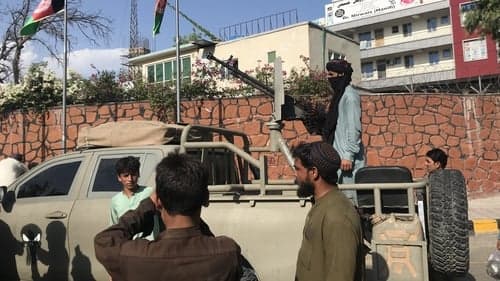 Taliban Spokesman Zabihullah Mujahid has in a statement on Sunday announced that the Taliban has taken control of the capital city of Kabul.

Accordingly, the Taliban have now announced in a statement to its forces the order to enter and official take over the Afghan capital.

The Islamic Emirate of Afghanistan, as the Taliban is officially called, issued a statement on Sunday announcing that its forces had entered Kabul “to prevent chaos and looting,” al-Jazeera reported.

Taliban forces surrounded Afghanistan’s capital on Sunday, as the world waited to see what negotiations around a transfer of power would result in.

The armed group had seized nearly all of Afghanistan in just over a week time, sending thousands of internally displaced people fleeing the fighting towards Kabul.

In spite of over a trillion dollars spent by the US and NATO to build up Afghan security forces, the Taliban swiftly defeated, co-opted, or sent Afghan security forces fleeing from wide swaths of the country. The Afghan government is widely seen as unpopular and corrupt, and seems wholly incapable of surviving without US support.

Taliban forces remained “at the city’s gates” of Kabul, as sporadic gunfire was heard in streets that were largely quiet.