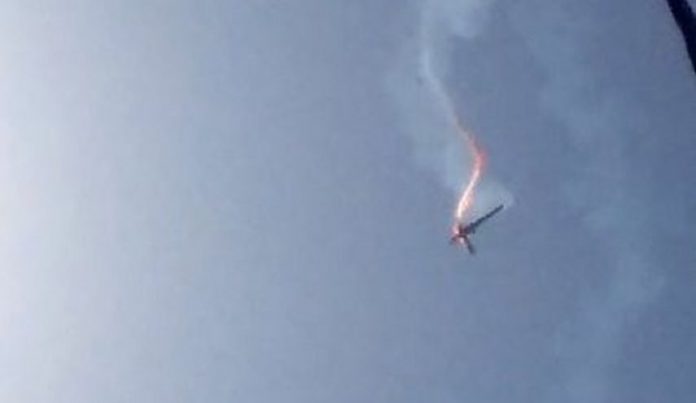 The Yemeni air defenses have on Saturday shot down a spy drone belonging to Saudi-led aggression coalition in Marib province, Yemeni army spokesman said in a statement.

Army spokesman, Brigadier General Yahya Sare’e, affirmed the air defenses were be able to down a US “Scan Eagle” spy drone, operating by the Saudi Air Forces, while it was carrying out hostile missions over the airspace of Medghal district.

The drone was hit with a surface-to-air missile, he added.

The shooting operation was documented by the military media, and the scenes of the operation and the wreckage of the aircraft will be broadcast later, he stated.