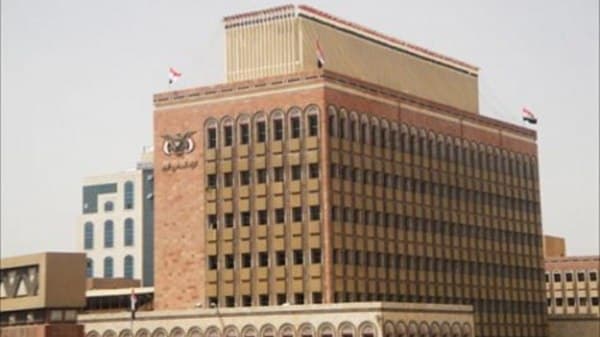 An official source at the Central Bank of Yemen, headquartered in Sana’a, has warned of the pro-aggression government’s efforts to flood the markets in the occupied areas with counterfeit currency, and the consequent rise in inflation and the prices of goods and services in those areas.

“The statement issued by the Central Bank in Aden contained contradictions that confirm its violation of the simplest economic rules and the ABCs of monetary policy,” the source said on Monday.

He pointed out that the aforementioned statement claimed to approve a treatment for price distortions of the national currency by continuing to pump more printed currency. This indicates the state of confusion and loss of control reached by the pro-aggression government and the administration of the so-called Central Bank in Aden.

It is the result of personal ambitions and the goals of the coalition of aggression in harming the Yemeni people, which directly reflected on the exchange rates in the occupied governorates, and the significant collapse in the value of the local currency there, reaching more than (1,000) riyals per dollar so far.

The source stressed that the decisions of the so-called Central Bank of Aden will cause – and inevitably catastrophic – more collapse in currency prices in the occupied governorates, regardless of the type of printed currency that will be pumped, as its circulation is prohibited in the areas under the National Salvation Government administration.

This will cause a further rise in inflation, commodity prices and living prices in occupied governorates, as a result of the successive printing of currency in huge quantities during four years. It also resulted in accumulation of a very large surplus in money supply of the local currency in occupied areas, in a way that the Central Bank of Aden can no longer control.

The source added, “What was included in the statement of the Central Bank of Aden are just pretexts that the Pro-aggression government is trying to fabricate to justify its continuation of printing counterfeit and illegal currency notes, pumping them into the occupied areas for the purpose of using them to buy foreign currencies and smuggling them to accounts of mercenary leaders abroad.”

These pretexts were in exchange for the erosion and depreciation of the real value of the money and savings of citizens in occupied areas, and in a manner that achieves the goals of the countries of aggression represented in trying to cause damage and deterioration of the exchange.

The source also confirmed that the Central Bank of Sana’a had previously warned of the results of these actions and decisions by the countries of aggression against Yemen and its mercenaries, through the so-called Central Bank of Aden.

The source called on citizens to abide by the package of procedures issued on 22/6/2021 and on 27/6/2021 regarding non-dealing, possession or transfer of counterfeit currency denominations (1000) riyals, whose serial number begins without the letter (A) and is written on it in 1438 AH. 2017AD.

The maximum permissible limit for transferring the legal Yemeni currency from occupied areas to the areas of the National Salvation Government is the amount of (100,000) one hundred thousand riyals only for each person, and it is advised that it not be in category of (1,000) riyals to avoid any delay at the checkpoints, and it is allowed to transfer any amounts of money of foreign currencies, the source added.