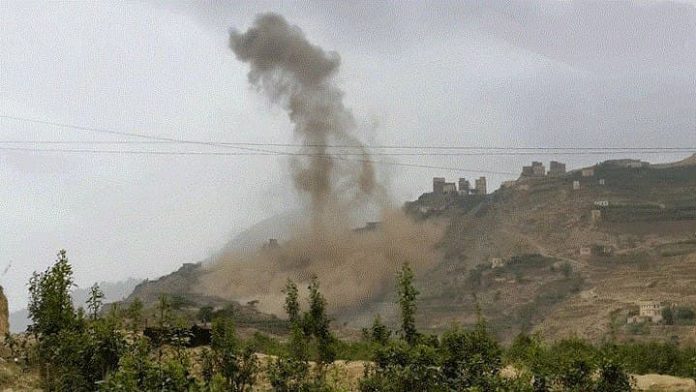 At least five citizens were injured on Monday, as a result of Saudi missile and artillery shelling that targeted the Monabbih border district in Saada province, northern Yemen.

A security source in Saada confirmed that five citizens were wounded, some of them seriously, as a result of the Saudi random shelling on Al-Raqaw area in Monabbih.

This came in less  than 24 hour after three citizens were wounded  in Saudi missile and artillery attacks on the same district.

The source denounced the complicity and silence of the United Nations regarding these crimes committed by the Saudi aggressors against civilians without any justification.