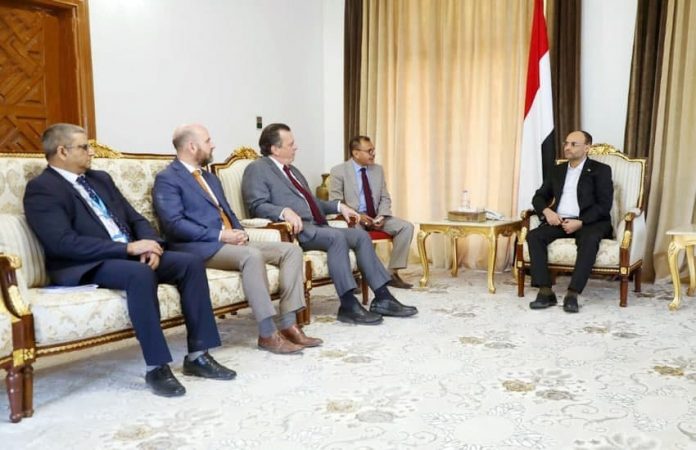 President of Yemen, Mahdi al-Mashat, has on Monday met in Sana’a with United Nations Coordinator for Humanitarian Affairs in Yemen, William David Grisley.

President al-Mashat stressed that the United Nations should “play its role in pressing for the opening of Sana’a International Airport and the port of Hodeidah, and for the safekeeping of the national economy.”

He directed the government to overcome the difficulties in dealing with the United Nations and making it perform its tasks, calling at the same time on the United Nations to redouble its efforts to alleviate the increasing humanitarian suffering of the Yemeni people as a result of the continual US-Saudi aggression and siege.