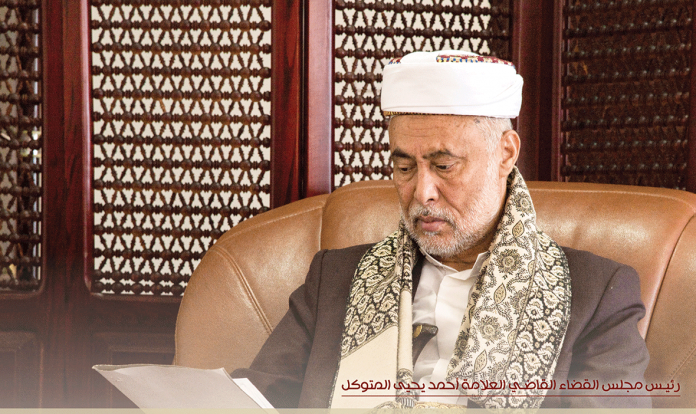 The President of the Supreme Judicial Council, Judge Ahmed Al-Mutawakel, deplored the statements of the UN Secretary-General Guterres regarding the implementation of Yemeni judicial rulings against those involved in the assassination of President Saleh Al-Sammad.

Judge Al-Mutawakel explained that Guterres’ statements are clearly misleading, and he has been silent for years in the face of war crimes and the killing of children and women by the US-Saudi aggression.

He stressed that the Yemeni judiciary enjoys a great deal of integrity and independence that the United Nations and its organizations do not have.

He pointed out that despite the popular pain over President Al-Sammad, the trial of those involved lasted for 3 years, with impartiality that elevates justice and preserves the rights of all parties to the litigation.