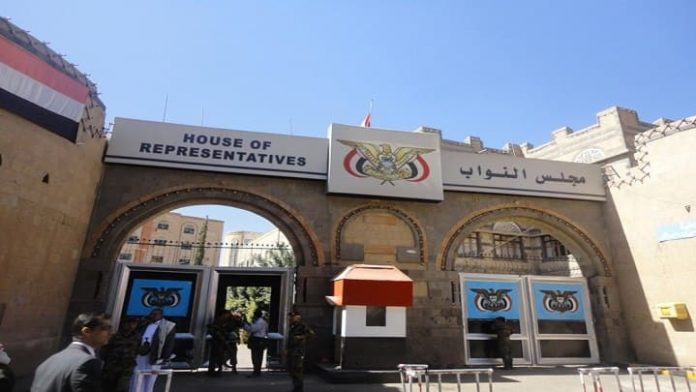 The Yemeni Parliament, in its session Saturday, condemned the crimes and violations committed by the Saudi-led aggression and its tools against the Yemeni people, the most recent is the murder of the expatriate Abdul-Malik Al-Sanbani in Lahj province.

The House’s members considered the kidnapping, torture, looting, and killing of the Yemeni expatriate Al-Sanabani, holding American citizenship, a brutal crime, inconsistent with the rules and provisions of international humanitarian law, the Geneva Conventions, and all international and humanitarian norms and covenants.

They held the Saudi-Emirati aggression and its tools fully responsible for this crime and all crimes committed against the people of Yemen, whether through military targeting or the suffocating siege, and the closure of Sana’a International Airport.

The members of the Parliament called on international, human rights, humanitarian and legal organizations to stand by the Yemeni people and to pressure the Security Council to bring the perpetrators of all crimes and violations to international courts to receive their punishment.

They also demanded the speedy opening of all Yemeni airports and ports, foremost of which Sana’a Airport and the ports of Hodeidah provinces, to alleviate the suffering of travelers due to the inhumane dealings they face at the hands of these militias and gangs in the provinces under the control of the Saudi-Emirati occupation forces.