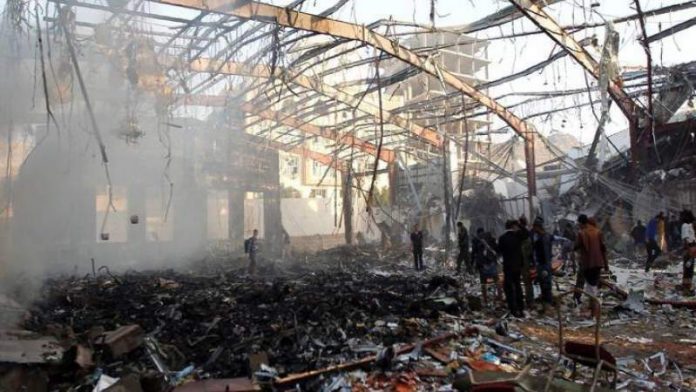 An event was held Saturday on the occasion of the 5th anniversary of the funeral hall massacre in Sana’a by the Salvation Government, members of the House of Representatives and the Shura Council.

The President Mahdi Al-Mashat participated in the event due to the “importance” of commemorating such a horrific crime, the prime minister Abdel Aziz bin Habtoor confirmed.

The Prime Minister said: This is a disaster that we will remind the world of every year. Its victims were more than a thousand.

“It was not expected that our enemies would be at this level of malice and criminality to target a gathering for funeral condolences and to hit the hall full of mourners,” Habtoor added.

The US-Saudi-UAE aggression and its mercenaries bombed Sana’a Funeral Hall on October 8th, 2016, 140 citizens were killed and over 600 others were injured.

The massacre of the Funeral Hall is one of the most heinous crimes committed by the coalition of aggression against the Yemeni People. The world has to remember the aggression’s crimes and targeting children, women and elderly.

This crime was considered as a genocide committed against humanity and reflects the hatred of the coalition of aggression against the Yemeni People. 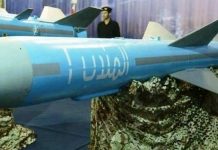