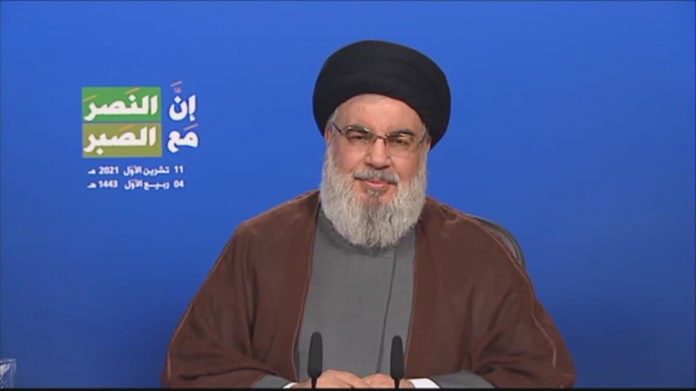 “We must stand with admiration, dignity and pride before what the dear and oppressed Yemeni people are doing in commemorating the Prophet’s birthday,” Sayyid Nasrallah said in a televised speech on Monday evening.

“Despite all the suffering of the Yemeni people, their revival of the Prophet’s birthday is astonishing and calls on us to be ashamed in the face of the conditions in which they are living,” he added.

Sayyid Nasrallah saluted the Yemeni people who love the Prophet for what they have planned to do for the commemoration in the coming days.

Sayyid Hassan Nasrallah called on the Lebanese people to engage in mass participation in a huge ceremony commemorating the birth of the Prophet Muhammad that is to be held in the coming days.