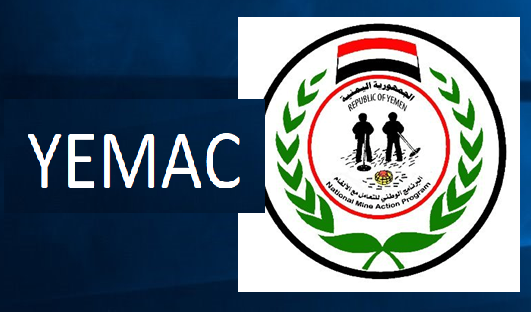 The Yemen Executive Mine Action Centre (YEMAC) managed to clear 35,486 square meters, during the period from October 23-28, in four Yemeni provinces, including Jawf, Sana’a, Bayda, and Marib.

The Executive Office for YEMAC confirmed the discovery of 1,706 shells and remnants of Saudi-led coalition weapons, most of which were prohibited projectiles and explosives.

The office indicated, in a statistic published Sunday on its Twitter account, that it had discovered 50 cluster bombs, 39 anti-tank mines, and 33 anti-personnel mines in those provinces.

Field teams on awareness of the mines dangers targeted 17,483 citizens and school students in five districts in Taiz province, including Mawiya, Same’, Khadir, Shara’ab Al-Salam, and Shara’ab Al-Runa, during the period (from 21 to 27 of October), according to the YEMAC office.

On Saturday, the center announced that “the Saudi-led aggression coalition on Yemen prevented the entry of mine detectors and field work requirements in light of the widespread and excessive use of cluster bombs throughout the Yemeni land.”

The center added that many civilian casualties fall on a daily basis as a result of the explosion of hundreds of cluster bombs, remnants of war and air strikes on Yemen.