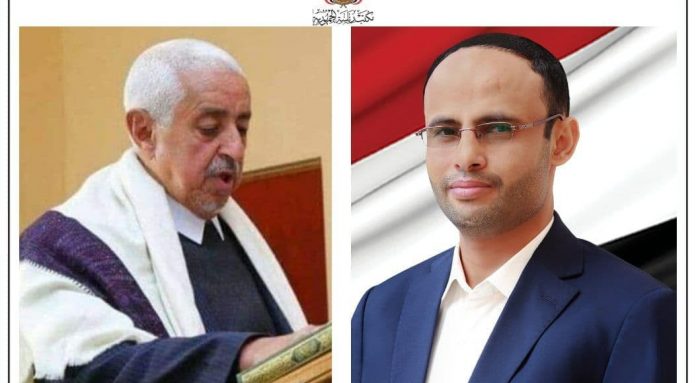 President of the Supreme Political Council, Mahdi Al-Mashat, sent on Saturday a cable of condolences in the death of Ali Mohammed Zaid Al-Houthi.

In the cable, al-Mashat condoled the sons and family of the deceased in the death of Al-Houthi, 70, who is a member of Shura Council and one of top sheikhs of Amran province, after a life full of giving and national work.

He praised the great and national stances made by the deceased in the face of Saudi-led aggression coalition on Yemen, stressing that his departure represented a heavy loss for Amran province in particular and the country in general.