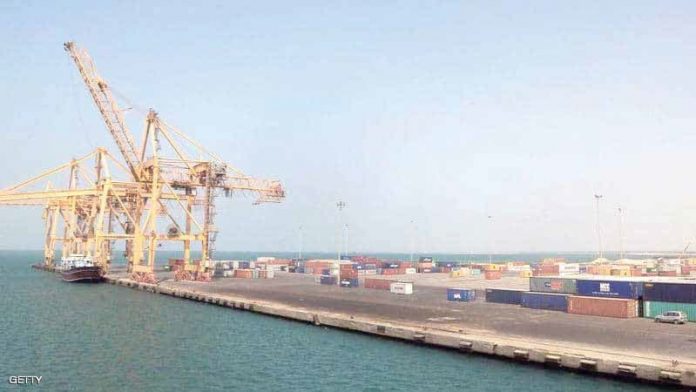 The Yemeni Red Sea Ports Corporation denied the allegations of the so-called “spokesman of the US-Saudi aggression coalition ” using the port of Hodeidah as a base for launching any military actions.

In a statement on Friday, the Corporation expressed its deep regret for the repeated scenario used by the coalition of aggression and its tools through its media horns to storm the port of Hodeidah, using an excuse to make it a legitimate target in its hostile policy against the Yemeni people.

The statement stressed that the port of Hodeidah is subject to continuous UN visits, abiding by all international marine requirements and codes, proceduring in force in international ports, and is devoid of any armed manifestations, military barracks, or warehouses for assembling weapons, and the launch of warships.

It considered the threats of the countries of the coalition of aggression to target the port of Hodeidah as a dangerous prelude, the results of which will be catastrophic for the region, and will cause great damage to the strength of the Yemeni people, who depend on it mainly to supply relief, medicine and fuel supplies.

“The coalition of aggression should be well aware that targeting civilian ports is a violation of international humanitarian law and recognized international covenants, including the four Geneva Conventions, and the protocols attached to them that criminalize targeting vital facilities that are indispensable to people, “ports and economic facilities,” as they are among the objects civilians whose targeting is prohibited.

The statement pointed out that targeting civilian ports are war crimes of the first degree, and crimes against humanity are not subject to statute of limitations.

The Corporation renewed its call for the international community to assume responsibility towards the Yemeni people to alleviate the human suffering experienced by the people of Yemen for seven years.

It also called on the international community to deal with the economic file seriously, and to compel the coalition of aggression to fully lift the siege, stop using the economy as a means of pressure and bargaining, and separate the humanitarian aspect from the political and military.