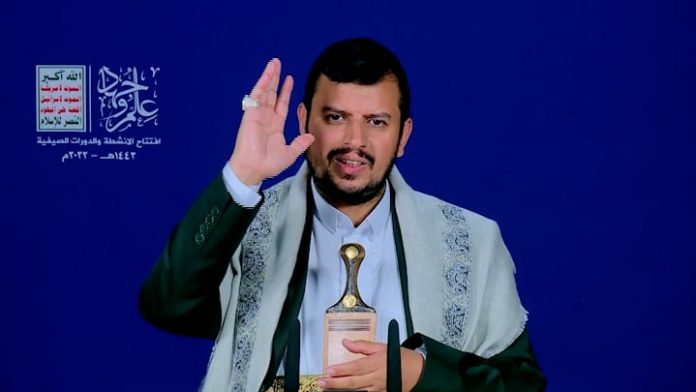 The Leader of the Revolution, Sayyid Abdul-Malik Badr al-Din al-Houthi, has on Monday stressed the importance of official and popular support for the success of the summer courses and activities.

In his speech aired this evening during the inauguration of the summer courses and activities for the year 1443 AH in the capital Sana’a, Sayyid Abdul-Malik al-Houthi said “the advantage of the summer courses is that they come within the framework of the comprehensive practical emancipation of the Yemeni people, which is based on the book of Allah and on our faith identity.”

The Leader of the Revolution stressed the importance of the role of scholars, teachers, intellectuals, and parents in reviving the summer courses, which are part of their responsibilities to protect the younger generation from the disinformation campaign.

He also called on all Yemenis to encourage and contribute to the educational process in the summer courses, as well as the central and subsidiary official authorities to play their active role in following up and supporting them.

At the conclusion of his speech, Sayyid al-Houthi urged those in charge of the summer courses to be “aware of their importance and to carry out their responsibilities with all seriousness.”