Home Local News Baras: The countries of aggression are racing to plunder Hadhramaut province and... 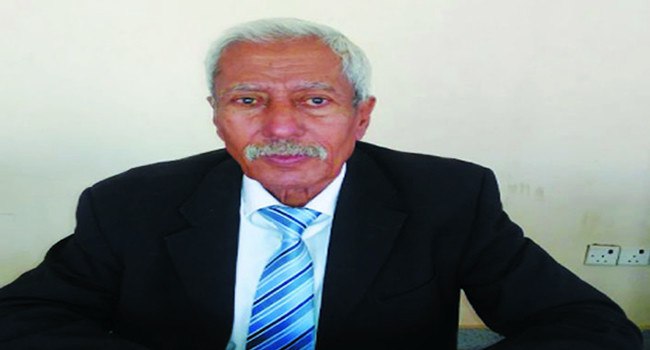 Hadhramaut governor Luqman Baras confirmed on Monday that the countries of the aggression are racing to plunder Hadhramaut province’s wealth and turn it into an arena of conflict and regional and international control.

“The capabilities and wealth of the province have been looted by mercenaries and agents for years, and now it has become more severe,” Baras said in a statement to Saba.

He pointed out that the looting of crude oil comes at a time when the cities of the al-Wadi and al-Sahel are living in darkness due to the running out of electricity fuel.

Baras pointed out that on the 11th of this month a giant tanker carried more than two million barrels of crude oil from the port of al-Shaher in Hadhramaut, with a total value of more than $270 million, according to The price of oil on the international stock exchange is equivalent to 162 billion Y.R.

The governor of Hadhramaut also stressed that the countries of aggression are seeking to turn the province into an arena of influence, which is the most prominent factor that fueled popular discontent in the Hadrami street and came as a natural response to the deterioration of public services and the confiscation of the rights of the people of the province.

He pointed out that the tools of occupation and foreign employment, the Hadrami citizen fought for his livelihood and became living under crises of aggression, whether related to the crisis of living resulting from the high prices that exceed the ability of the citizen or the crises of oil derivatives in the oil-rich province.

Baras reiterated support for human rights demands and peaceful demonstrations aimed at taking rights and freedoms from the grip of the invaders and occupiers.

He called on the free people of Hadhramaut to resist the occupation and reject the entry of any Saudi, Emirati, American and British colonial forces into their lands.

He stated that the ambitions of the countries of invasion and occupation in Hadhramaut have been exposed for decades, and just as their conspiracy plans fell in the province before the aggression, they will now fall.

Governor Baras denounced the policy of repression and abuse practiced by the authorities loyal to the Emirati occupation in Mukalla and al-Shaher against the citizens, stressing that the policy of restriction and harassment will not ensure the survival of the occupation and will not suppress free voices in the province.