Home Reports Sanders: US should not maintain ‘warm relationship’ with Saudi Arabia 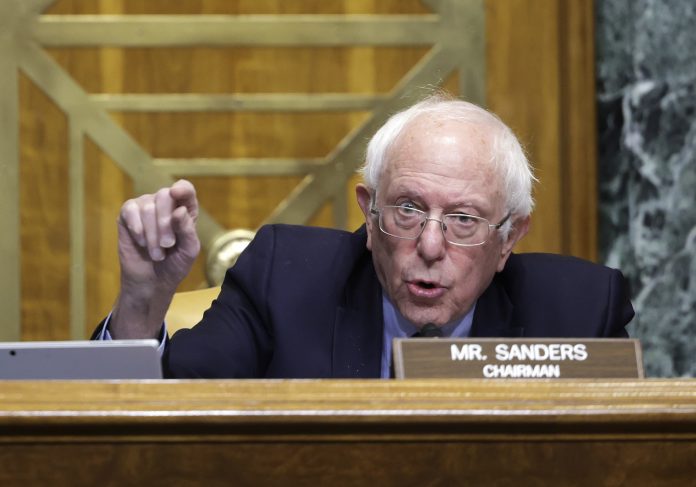 Independent Senator Bernie Sanders has denounced US President Joe Biden’s visit to Saudi Arabia, saying the United States should not maintain a “warm relationship” with the kingdom.

Sanders on Sunday said Biden should not have visited the kingdom or met its Crown Prince Mohammed bin Salman (MBS), who was accused by American intelligence of ordering the assassination of journalist Jamal Khashoggi.

The former presidential candidate said that he does not believe “that type of government should be rewarded with a visit by the president of the United States.”

When asked in an interview with ABC whether Biden should have visited the country, Sanders replied, “No, I don’t think so.”

“You have a leader of that country who was involved in the murder of a Washington Post journalist,” he added. “I don’t think that that type of government should be rewarded with a visit by the president of the United States.”

“I just don’t believe we should be maintaining a warm relationship with a dictatorship like that,” he stated.

A team of Saudi operatives murdered Khashoggi, a Washington Post journalist, in the Saudi consulate in Istanbul, Turkey on October 2, 2018.

Biden, who once called for Saudi Arabia to be made a pariah, visited Saudi Arabia and met with the crown prince.

Saudi Arabia has denied any involvement by the crown prince in the murder and rejected a US intelligence report that assessed that MBS “approved an operation in Istanbul, Turkey to capture or kill” Khashoggi.

Sanders also dismissed arguments that Biden visited the kingdom to try to get it to increase oil production and lower American gasoline prices.

The price for a gallon has doubled since Biden took office in January last year, but that same gallon costs $4.53 on Sunday morning, according to data from the non-profit American Automobile Association (AAA). The association said the average gallon of gas cost only $2.39 during the first week of Biden’s presidency.

The gasoline prices are a problem for Biden and his fellow Democrats ahead of the November midterm congressional elections.

Sanders said that the focus should be on the American companies, as their profits in the last quarter “have been extraordinarily high.”

“I happen to believe that we have to tell the oil companies to stop ripping off the American people, and if they don’t, we should impose a windfall profits tax on them,” he added.

Sanders slammed Saudi Arabia’s human rights violations, democracy and violence against government dissidents, saying that all of this show why the US should not maintain a close relationship with the regime.

“If this country believes in anything, we believe in human rights, we believe in democracy,” he said. “And I just don’t believe we should be maintaining a warm relationship with a dictatorship like that.”

US relations with Saudi Arabia have been strained since the assassination of Khashoggi.

Biden, after winning the presidential election and even in the election campaign, had repeatedly said that bin Salman was the main perpetrator of this crime. But to date, no practical action has been taken by the White House in this regard.

Democratic members of the US House of Representatives had introduced two bills to penalize MBS for his personal role in the violent murder of Khashoggi.

Congresswoman Ilhan Omar said back then that the legislation would freeze the Saudi crown prince’s assets and impose a visa ban on him.

Biden also scaled back support for the Saudi-led war in Yemen amid disgust over civilian casualties.

Saudi Arabia has repeatedly managed to get the support of US administrations that initially sought a greater distance.