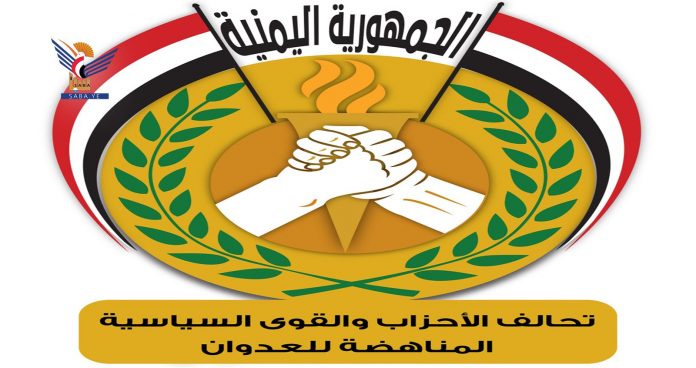 The coalition of anti-aggression parties praised the Armed Forces operations to protect Yemeni lands and wealth, the latest of which was the warning strike of a foreign ship in Al-Dabba oil port in Hadhramaut Governorate

The coalition stressed in a statement that the US-Saudi aggression should understand the message of the Armed Forces well, to know that the warnings of the leader of the revolution, Sayyed Abdul-Malik al-Houthi, and the Supreme Political Council are serious, as Yemeni wealth is no longer permissible for theft and looting at a time when the Yemeni people are under suffocating economic suffering.

For its part, the Joint Meeting Parties also blessed the warning strike, confirming in a statement that the operation comes within the framework of the duty of the Yemeni Armed Forces to protect Yemen and its borders by land, sea and air and to prevent the looting of its wealth.

The statement reiterated that our Yemeni people will not die of starvation and siege, while its oil and gas resources are being plundered instead of paying it for employees’ salaries.

The statement indicated that the warnings of Sayyed Abdul-Malik and President Mahdi al-Mashat to foreign companies against theft of national oil must be dealt with seriously.