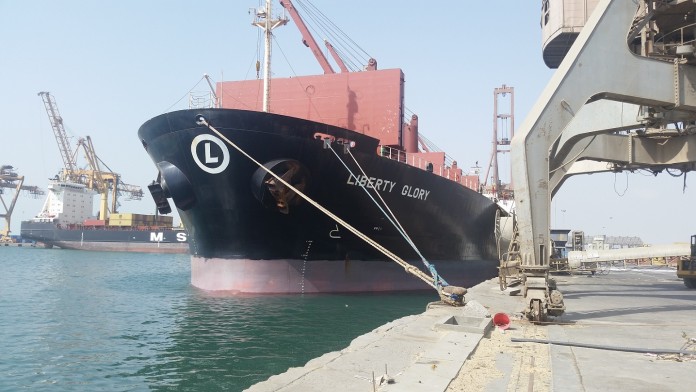 A shipment of wheat from the United States Agency for International Development (USAID) berthed in the Yemeni port of Hodeida last Wednesday and offloaded its cargo over the weekend.

“The food supplies USAID has provided will provide critical assistance to nearly 2 million of the most vulnerable and conflict-affected people in Yemen. WFP is grateful for this timely contribution providing 10,000 metric tons of wheat through Aden and 20,000 metric tons through Hodeida,” said Purnima Kashyap, Representative and Country Director of WFP in Yemen.

The year-long conflict has worsened living conditions of the poor and vulnerable in Yemen, adding more than 3 million people to the ranks of the hungry in less than a year. According to the UN’s 2016 Humanitarian Needs Overview, 7.6 million people in Yemen are severely food insecure – a level of need that requires urgent, external, food assistance.