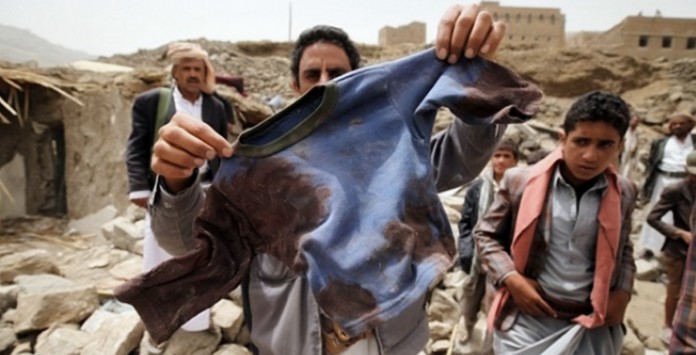 April 10th, Humanitarian agencies said that the cessation of hostilities in Yemen comes at a crucial moment when an entire country is on the brink, as well as they warned that should the ceasefire break down again, as previous ones did, the consequences would be catastrophic.

This last year of escalated violence has meant that each day, around 6610 people were forced to flee their homes and around 25 civilians are killed or injured. A school or health facility has been attacked every three days. The number of children dying daily from preventable diseases has risen to 137, an additional 28 a day since the start of the war. More than 82 per cent of Yemenis, or 21.2 million, now depend on humanitarian aid.

In just the last two months, more than 325,700 people were displaced by the conflict, raising the total number of displaced to a staggering 2.75 million.

“This is a moment of truth for Yemen’s millions of civilians. A real ceasefire could be the first step towards ending this staggering yet forgotten crisis,” said the Secretary General of the Norwegian Refugee Council, Jan Egeland. “If it doesn’t hold, those breaking it must be held accountable for the bloodshed. The figures speak for themselves. Every day of war is another day of massive death, displacement and despair.”

While an immediate cessation of hostilities is essential, it is just the first of several measures needed to stop the crisis and pave the way for long-lasting peace and recovery.

“The widespread destruction of Yemen’s houses, factories, schools and hospitals will require decades to rebuild; the destruction of Yemen’s social fabric and the trauma millions of innocent people are suffering will take even longer to heal,” said Sajjad Mohammad Sajid, Oxfam’s Country Director in Yemen, “in the more than three decades that we’ve been working in Yemen, we have never witnessed a crisis of this scale. The blockade, war and now a looming banking crisis risk pushing millions into famine.”

The humanitarian agencies reiterated their call on international governments to fully fund the humanitarian response so that millions of civilians receive essential aid and services like food, water, medicine and housing as an immediate priority. Parties to the conflict need to allow aid agencies to reach those most in need caught in the fighting, and the most vulnerable to reach the services they need. The commercial blockade needs to be lifted so that commercial supplies are allowed into Yemen.

Save the Children’s Country Director in Yemen Edward Santiago said, “as long as parties to the conflict continue to wage war and obstruct aid, millions of children will continue to go hungry or without healthcare, clean water and education. Yemenis must not be let down yet again, with more empty promises of ceasefires that fail to stop the killing. Yemeni children need more than words this time, they need action and a genuine commitment to end the violence once and for all.”

The agencies warned that the upcoming UN-sponsored peace talks, due to start on 18 April, are the only real opportunity to end the suffering. Long-term solutions however must include the voices and concerns of Yemeni civil society in a representative and inclusive process.

“All Yemenis need their voices to be heard if there is any hope for these peace talks to be sustainable,” said Daw Mohammed, CARE Country Director in Yemen. “Women, youth and minority groups must be included because they will be critical to rebuilding Yemen in the years to come.”