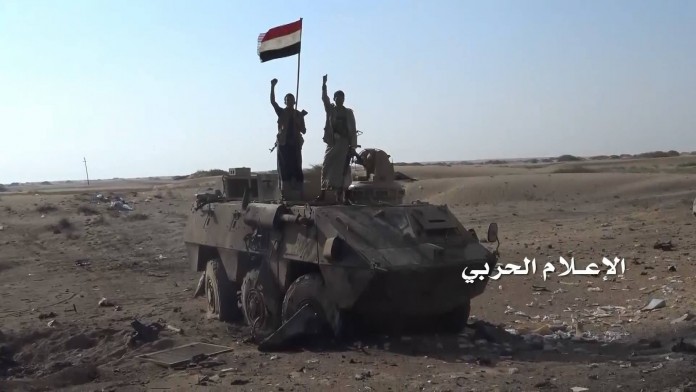 Hours ahead of a cessation of hostilities set to start on 10 April, Violent clashes started in “Nehm” district to the east of Sana’a, the Yemeni capital, between the Yemeni army and  popular committee and Saudi Allies.

Saudi Allies tried to control Nehm area while Yemeni army and  popular committee stopped them, according to a local source.

GPC  and Ansar Allah  announced receiving the draft  of ceasefire agreement from  the United Nations through the  Assistant Secretary General’s Special Envoy in Sana’a.