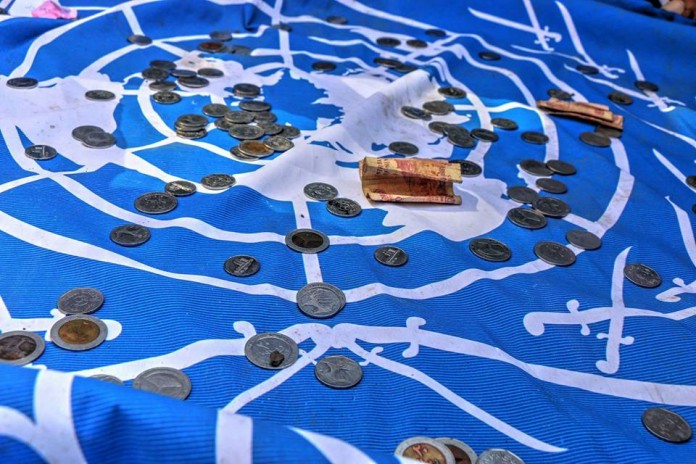 June 12th Children of Sana’a organized a protest  in front of the United Nation office  to protest the UN’s removal of the Saudi Arabia kingdom from a blacklist of children’s rights violators.

The children in the protest donated  their pocket money for the United Nation  to stop killing Yemeni children. 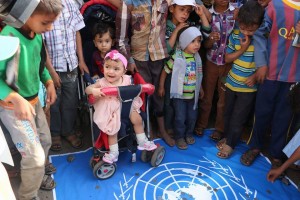 They  called the international community  and the world to  put the United Nation’s name  in the black list for participating  in killing the children of Yemen  .