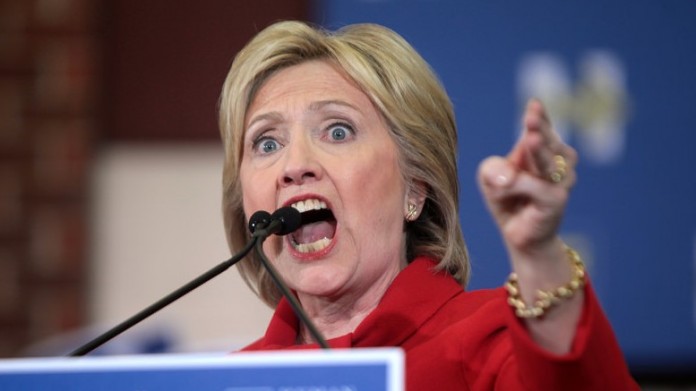 An “area that demands attention is preventing radicalization and countering efforts by ISIS (Daesh / ISIL) and other international terrorist networks to recruit in the United States and Europe, for starters, it is long past time for the Saudis, the Qataris, and the Kuwaitis and others to stop their citizens from funding extremist organizations,” Clinton said in a national security speech in Cleveland, Ohio on Monday.

“And they should stop supporting radical schools and mosques around the world that have set too many young people on a path toward extremism.”

The Saudi support, among others, was highlighted in remarks by Senator Chris Murphy who announced on January 29 that thousands of schools in Pakistan are funded by Saudi Arabia to nurture hatred and terrorism among students.

“These schools are multiplying all over the globe,” Murphy said, adding, “those 24,000 religious schools in Pakistan – thousands of them are funded with money that originates in Saudi Arabia.”

Clinton’s remarks against Saudi Arabia contradict reports that Riyadh itself is a major funder of her presidential campaign, according to a report by Jordan’s official news agency.

On June 12, the Petra News Agency published what it described as exclusive comments from Saudi Deputy Crown Prince Mohammed bin Salman. In the report, now deleted from the website, it is mentioned that Saudi Arabia has provided 20 percent of the total funding to Clinton’s campaign.

The website later claimed that it had been hacked and that the item on the Saudi prince had been fabricated.

Clinton said Monday that “we have to do a better job intercepting ISIL’ communications, tracking and analyzing social media posts,” adding, “I have laid out a plan to defeat ISIL.”

She called on US officials to boost relationship with Muslims and ask them to help fight groups like ISIS instead of isolating them.

“Millions of peace-loving Muslims, live, work and raise their families across America and they are the most likely to recognize the insidious effects of radicalization before it’s too late, and the position to help us block it, so we should be intensifying contacts in those communities not scapegoating or isolating them,” she stated.