Home Reports Mcgoldrick: political solution is the only solution to this crisis The UN... 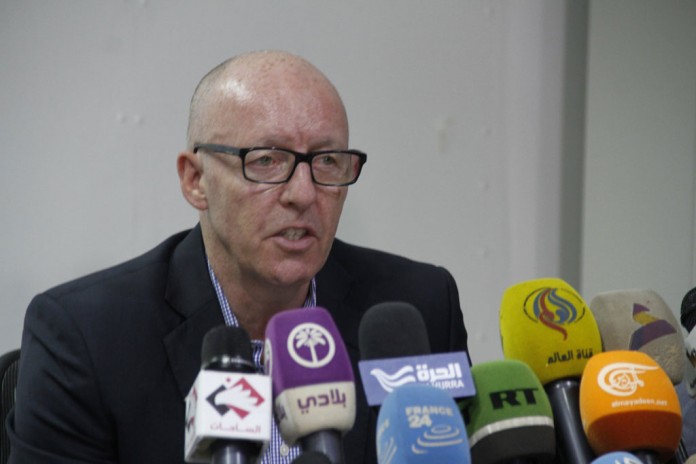 Coordinator for Yemen is deeply alarmed by the intensification of violence across the country.

Local media reports indicate that children and women are being killed and maimed, homes destroyed, and that a food factory and a market have been damaged or destroyed by both ground fighting and air strikes, particularly in Sana’a city and the Governorates of Sana’a, Sa’ada, Taizz, and Al Hudaydah.

According to Mcgoldrick press statement, the people of Yemen continue to bear the brunt of the suffering as a result of the inability of the parties to find a political solution to a conflict that has been raging for more than a year and a half, “return to full scale hostilities only drive humanitarian needs further.”

The depletion of foreign currency reserves in the Central Bank has resulted in the difficulty for importers to obtain lines of credit makings it nearly impossible for Government entities to maintain basic social services. For example, there are 40,000 cancer patients nationwide who will no longer receive the medications they require due to banking restrictions impeding their import.

Humanitarians have been called on once again to fill the gap in the provision of basic social services, increasing the call for greater resources from the international community.

The Humanitarian Coordinator for Yemen calls on all parties to the conflict to abide by their obligations under international humanitarian and human rights laws and to take all necessary actions to protect civilians and civilian infrastructure in their conduct of hostilities.

The humanitarian community also demands that the parties facilitate safe, unimpeded and sustained humanitarian access to people in need and the voluntary movement of civilians to reach humanitarian assistance.

Mcgoldrick urges the international community to exercise their influence over the parties to bring about an early peaceful solution that puts the Yemeni people at the centre, something that all Yemenis deserve, “political solution is the only solution to this crisis”.