Home Articles When It Comes To Yemen, Our Indifference Is Deadly 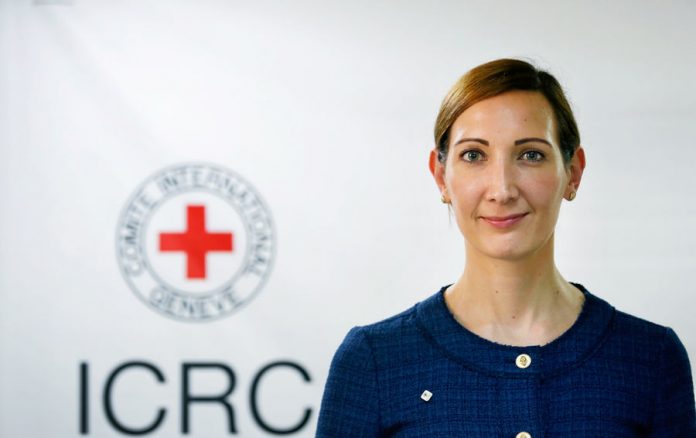 “I’m still waiting to become immune to the horrors.” Rima Kamal has been living in Yemen for the past year, working with the International Committee of the Red Cross. Here she shares her experience.

When I first started my career as a humanitarian working in war zones, I figured it would only be a matter of time before I became thick-skinned in the face of human suffering. In my line of work, death and destruction is all around, and misery is in the air we breathe.

After many years in the field, I’m still waiting to become immune to the horrors.

My home for the past year has been Yemen, a desperately poor country bordering the much larger Saudi Arabia to the north, and Oman to the east.

In this troubled nation, armed conflict has been raging for more than 18 months. Three million people have lost their homes, while 7000 have died and countless others have been injured, maimed and psychologically scarred. No family has been untouched by the fighting. And yet, against a backdrop of a Middle East region marked by violence, the global community appears indifferent to the crisis unfolding in Yemen.

What little news we do hear of the situation focuses on statistics and death tolls, far removed from the very real and raw anguish of the people who have been left broken by this war. People such as Saddam – a middle-aged widower I met earlier this year whose experiences characterise the largely untold story of Yemeni suffering.

This ruthless conflict has visited upon Saddam trauma that has changed his life forever. During recent fighting in his home town of Taiz, Saddam’s house was shelled while he and his family were sheltering inside. His wife and only daughter were severely injured in the bombardment and, unable to escape, forced to endure a slow and painful death. Saddam had desperately wanted to take them to the hospital, but he would have had to carry them on a donkey amidst sniper bullets and shelling. And so he waited for a lull in the combat. A lull that, heartbreakingly, came too late.

A year earlier, Saddam lost his job as a janitor at one of the leading schools in the city, after it was forced to close its doors due to the fighting. With employment opportunities close to zero, he soon found himself roaming the streets to put food on the table. “Yes, I have become a beggar,” he told me defiantly. “I roam the streets together with my sons begging for money, and looking for food leftovers; sometimes in garbage containers.

“This conflict has taken everything away from us. I have lost everything, my dignity included. There is nothing left of who I used to be. ”

Saddam’s experiences are, unfortunately, not exceptional. Thousands of Yemenis have similar painful stories to tell. But their desperation has been overlooked by a global community that is seemingly overwhelmed and fatigued by news of conflict and disaster. Most of us do not have the time or the energy to stand back and take stock of the real people behind the death tolls.

Nonetheless, Saddam’s story deserves to be told. He has a right to be heard. It is not the numbers that pull us in, it is the people.

Currently, Yemen is a nation of shattered men and women. Families torn apart. Children bereft of their right to go to school. Young boys and girls who are bearing testimony to atrocities far bigger and heavier than their young souls can bear.\

As humanitarians, we do our best to respond to the needs wrought by the conflict, but only global interest and political will to resolve the fighting can help bring an end to the despair of the Yemenis.

We cannot afford to become immune to human suffering.

It is not only weapons that kill. Indifference can be just as deadly.

Rima Kamal is the Communication Co-ordinator and Spokesperson for the International Committee of the Red Cross in Yemen.