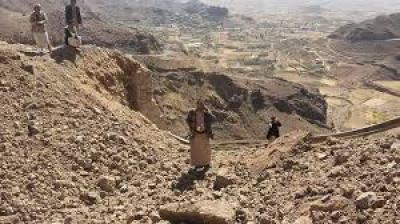 Jun 11th, at least 174 of Saudi –American aggression mercenaries were killed and many others injured including leaders during their attempts to creep towards Jabal al-Kohul in Nihem district in the past two days, a military source confirmed.

A military sources told Saba News Agency that the Yemeni Army and Popular Committees’ forces stopped many advancing attempts for mercenaries to creep towards Jabal al-Kohul and al-Qarn  in Nihem district , resulting death of 84 mercenaries and nearly 90 were injured and missing  included.