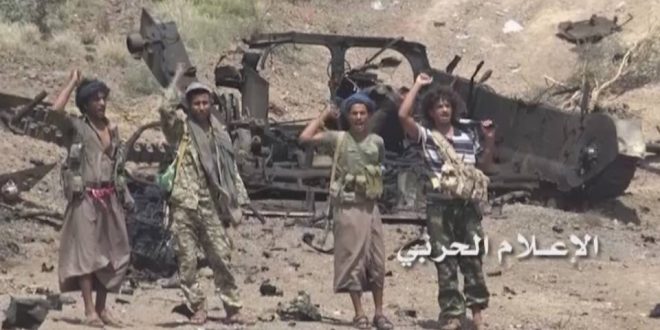 Dozens of the forces of aggression and its mercenaries were killed and wounded on the fronts of Nehim, Taiz and Broder fronts , and the destruction of dozens of military vehicles by the quality operations of the army and the popular committees during the past hours .

A military source told SABA  that the forces of aggression were unable to evacuate their dead and wounded in the clashes. He pointed out a number of bodies and wounded arrived at the hospital in Marib and among the dead mercenary commander of the seventh military district, Major General Nasser Ali al-Shibani .