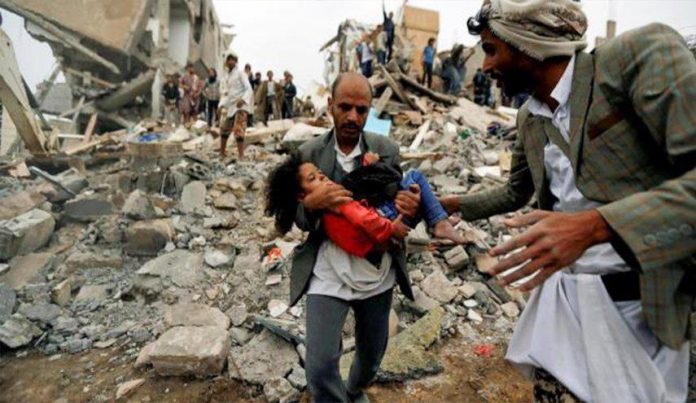 Saudi aggression and its mercenaries escalated air raids and artillery and missile attacks on Hodeidah and several other governorates over the past 24 hours, resulting in the death and wounding of six citizens, including women.

A security source told SABA that a citizen was killed and two women were injured by shelling of the invaders and mercenaries on their house in Al-Druahmi  city.

The source pointed out that the invaders and its mercenaries fired more than 15 Katyusha rockets on the village of al-Zaafran and its surroundings in the area of ​​Kilo 16.

The source confirmed the death of a citizen and the injury of another in a series of raids of the in the province of Rima, and launched two raids in the same province.

A citizen  was killed in Dhamar province by  the seven raids  launched by the aggression  warplanes on the directorate of Wsaab.

Saudi artillery shelling targeted homes and farms in the directorate of Baqem.