Home Articles Saudi War on Yemen: The Victims Strike Back 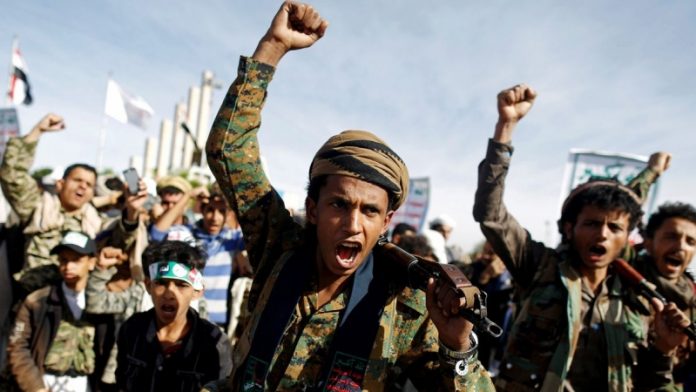 Yemen’s defenders keep stacking up victories, pushing back the invaders from both Saudi Arabia and the United Arab Emirates (UAE) on all fronts. Not only are the Saudi-led attackers and their mercenaries pummelled on the southern frontline of Yemen, they are also being pushed closer to the key port city of Aden. In the north, deep inside Saudi territory itself, the Yemeni Armed Forces and Popular Committees are scoring significant victories across a broad front, liberating large swaths of Najran and Jizan from Saudi control. The word “liberating” is definitely applicable here, for although the two aforementioned provinces are officially part of the Saudi kingdom, they are a key part of Greater Yemen that were occupied by the Wahhabi hordes as recently as 1934, after being part of Yemen for millenia.

While Saudi Arabia may have the most technologically advanced military in the Arabian world, and the UAE may arguably be one of the richest states in the world, they are both wholly incapable of taking on Yemen, the poorest country in the Muslim East. A veritable Vietnam War scenario seems to be unfolding in the south of the Arabian Peninsula, in which sheer determination, tenacity, and faith in Allah (swt) are triumphing over the material power of the invaders.

Over the past month, the valiant defenders of the land that was once known as Blessed Arabia have taken massive steps forward. It has become impossible even for those who support the genocidal Saudi invasion to ignore their exploits.

And there is one place under Bani Saud rule that will never forget what the wrath of Yemen feels like: Abha International Airport, in Saudi Arabia’s ‘Asir province.

In the early hours of the morning on June 12, the civil airport, which had been co-opted for military use by the Saudi air force, was struck with a precision strike by the Yemeni Missile Forces. A completely new and unheard of cruise missile developed in utmost secrecy by the Yemeni Armed Forces, blew up the control tower of the airfield and put it out of commission.

The success of the mission was undeniable. Soon after the attack, images surfaced online of flight schedules to Abha being changed and planes headed for the airport being rerouted or forced to return. In clear contrast with the mass murders that routinely go hand in hand with Saudi air strikes in Yemen, the pinpoint accuracy of the strike on the tower resulted in zero mortality. Less than a week after the attack, even Saudi state media admitted that a devastating retaliation strike had indeed taken place.

The official spokesman of Ansarullah, Muhammad ‘Abd al-Salam, reacted to the missile strike in crystal clear and foreboding words, stating that “The continued aggression, the blockade, the closure of Sana‘a Airport, the [Saudi] rejection of a political solution and peaceful choices make it imperative for our people to defend themselves.”

As much of a shock as the launching of the cruise missile on Abha was, the humiliation that the Saudi airbase would suffer was far from over. Just two days after the missile strike, Yemen launched a drone strike directly targeting and destroying the radar system of Abha Airport. The attack was carried out using Qasif-2K drones, which are rigged to self-destruct and rain down shrapnel at their target. This is a relatively cheap but hugely effective guerrilla tactic that Yemen has used for years. Abha International Airport, now without its control tower and radar system, was rendered utterly incapacitated, and the Saudi regime was completely humiliated.

The following day (on June 15), another wave of Qasif-2K drones hit both the airport of Jizan and Abha once again. At Jizan airport, the control room of Saudi unmanned aerial vehicles (UAVs) program was destroyed, whereas in Abha the Yemeni drones destroyed a petrol station. Both airports were later confirmed to have been temporarily put out of service, as attested to by air navigation monitoring centers.

Yet for all the damage that has been inflicted on the Saudi war machine, it was still not over. As if to defy imagination, the Yemeni Armed Forces struck again on June 17. And not only did they carry out another unmanned aerial attack, they also succeeded in hitting the exact same Abha International Airport again. And just like happened twice before in the course of less than a week, air traffic to and from the ‘Asir provincial capital was temporarily, but completely, halted.

On June 19, Yemen’s defenders launched yet another cruise missile, this time striking a major Saudi power plant in al-Shaqiq area of Jizan province. The missile strike caused extensive damage to the plant, in yet another retaliation for continued Saudi war crimes.

On the same day, dozens of Saudi troops and foreign mercenaries were killed in a Badr-F missile strike that struck right in the middle of a military gathering in Najran. Reports stated that dozens of ambulances were seen rushing to the scene to tend to the wounded, confirming how successful the strike was.

On June 20, the official spokesperson of the Yemeni Armed Forces, Brigadier General Yahya Sari‘, announced that Jizan International Airport had once again been attacked by Yemeni combat drones, this time striking the hangar bay of Saudi unmanned aerial vehicles. It is a fitting irony that the once feared drones of the US-Saudi war machine, so often used to target civilians and non-military infrastructure in Yemen, are now being destroyed by a new and highly efficient series of Yemeni unmanned aircraft.

The abundance of highly efficient and precise Yemeni air strikes taking place in such a short period of time, has fulfilled the promise that the Leader of the Yemeni Revolution, Sayyid ‘Abd al-Malik al-Huthi made in April, when he vowed that vital Saudi facilities would be attacked if the invaders did not cease attacking Hodeydah.

On June 20, Yahya Sari‘ issued this threat once again in crystal clear terms, warning that the missiles and drones of Yemen can strike anywhere in Saudi Arabia at any time. “We have advanced technologies that US-made and other interceptor systems deployed in Saudi Arabia cannot deal with,” the general warned, adding that “Our strikes will not be confined to just ‘Asir, Najran, or Jizan.”

It cannot be overstated just how important it is to stress that despite all the odds Yemen is winning the war. It may defy comprehension to many news pundits and self-declared analysts across the world but Yemen will be victorious, insha’allah.

Yemen is proof of the truth that the Majestic Qur’an tells us in Surah al-Nisa’, “And Allah knows best who your enemies are; and none can supervise as Allah does, and nonce can give support as Allah does” (4:45).